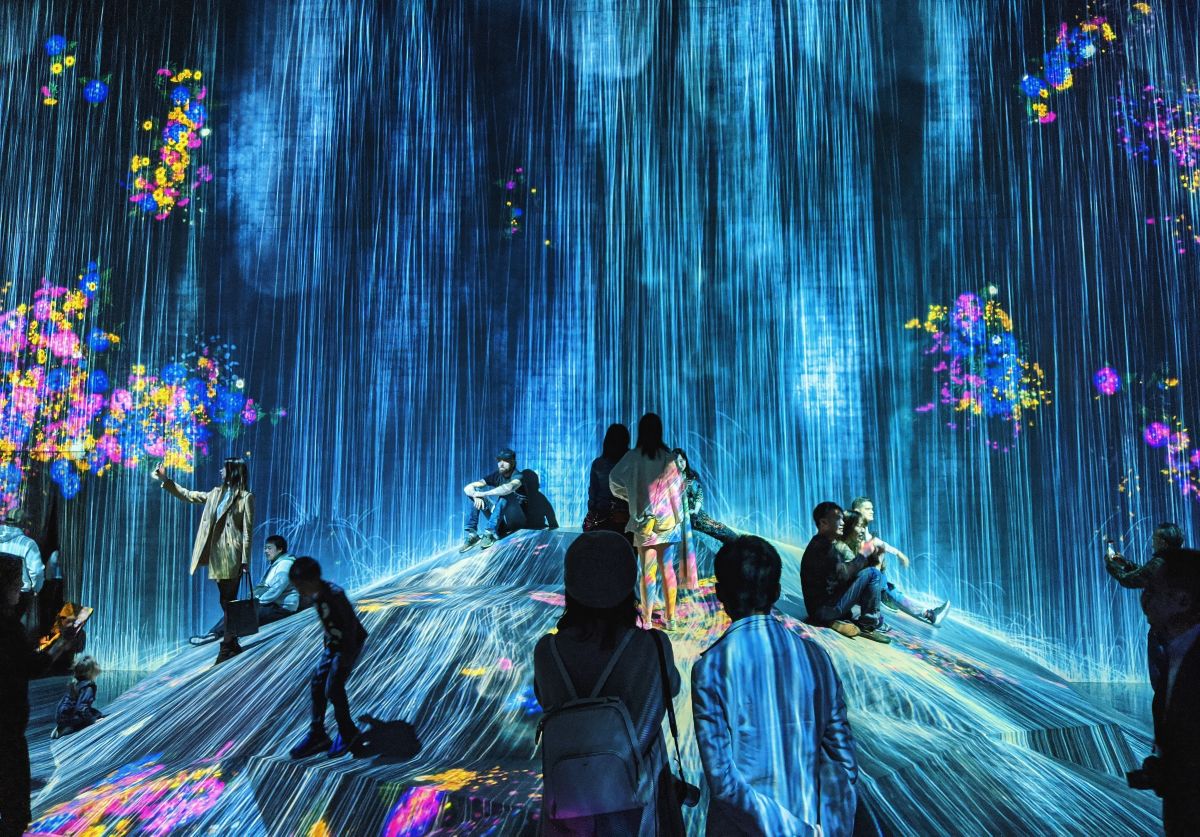 Age of Aquarius 2020 is dawning. Here’s what you need to know

Astrologically, this month (in fact this whole year, am I right?) is a bloody big one. In honour of our very own sovereign Aquarian, Minka from Minka Guides herself, what better way to celebrate this divine queen than with a dive into the stars to decode what astrologers are calling ‘the astrological event of the year’: The Great Conjunction taking place on 21st December and the cosmic significance of the Great Mutation in Air in the Age of Aquarius 2020.

What is the Age of Aquarius?

Thanks to the 1967 musical Hair, almost all of us have heard about the Age of Aquarius – but what exactly is it?

First, let’s start with a brief intro to Astrology 101:

Now, here’s where it gets a little more interesting… In the second century BC, a Greek astronomer named Hipparchus discovered that the earth ever so slowly shifts its position as it spins – kind of like how a spinning top wobbles as it spins. This gravity-induced phenomenon, known as ‘axial precession’, causes a gradual shift in the orientation of the earth’s axis of rotation in a cycle of approximately 25,772 years.

What this means is that around every 2,143 years (give or take), as the earth ‘wobbles’, it shifts the celestial equator, as does the point where the sun passes through the constellations each year – in a backward order of through the zodiac. This slow-motion backward tilt is also referred to as the ‘precession of the equinoxes’ (as opposed to the ‘procession of the equinoxes’ if it were moving forward).

Which astrological age are we in?

The astrological age we are in is determined by the sign in which the sun crosses the celestial equator. When the Babylonians calculated the zodiac, back somewhat 4,000 years ago, the vernal equinox took place in the constellation of Aries, hence, the Age of Aries. Around the beginning of AD around 2,000 years ago, the earth had shifted so much so that the vernal equinox now took place in the constellation of Pisces, hence, the Age of Pisces.

I hear what you’re thinking – what does all this mean in real-world terms and what’s so special about the Age of Aquarius 2020?

Why is the Age of Aquarius 2020 so significant?

Each astrological age is characterised by the sign of the era. The twelve signs of the zodiac can be categorised by its element and its mode. In astrology, there are four elements (Earth, Air, Water and Fire), and there are three modes (Fixed, Cardinal and Mutable). Each element defines a signs qualities and mode defines a signs energy patterns characteristics of a sign.

I won’t go into detail for every single sign. If you’re interested in learning more there’s a tonne of great books out there on the matter (my favourite being Chart Interpretation Handbook: Guidelines for Understanding the Essentials of the Birth Chart by Stephen Arroyo). Instead, I’ll get right down to defining Aquarius so we can begin to understand what’s so important about the Age of Aquarius 2020.

Aquarius is an Air sign and its mode is Fixed. Air signs are humanitarian, perceptive and reflective. They are often characterised by a need for ease and understanding in relationships, sociability and communication – they are the socialites of the zodiac.

Air signs are correlated with thought and abstract ideas. As a fixed mode, Aquarius represents a concentrated energy gathered inwards toward a centre or radiating outward from a centre. Fixed mode signs tend to offer stability, accumulation and determination (which often results in them getting a reputation for being rather stubborn!).

Therefore, we could expect the Age of Aquarius to be defined by a shift towards the collective, rather than an individualistic culture. It has often been associated with notions of utopia –  to at last reach the long-held ideal of world peace – an idea that for centuries has seemed like an impossible dream. Though, if 2020 has taught us anything, it is indeed to expect the unexpected. 2020 has proven to be a year like no other (dare I mention the pandemic…) and with the big event still to come – The Great Conjunction on December 21st – this is just the beginning.

What is the Great Conjunction?

Every 19.6 years, Jupiter (the planet representative of expansion, growth and optimism) and Saturn (the planet representative of effort, structure and restrictions) align in our skies to shake things up. These two planets govern our social and political arena in a dance symbolic of the interplay between our longings and aspirations with the limitations of the systems we exist within.

The Great Conjunction has often been associated with incidents of significant social and political change – and with the next Great Conjunction taking place on 21st December, this year proves to be no exception with the Black Lives Matter movement and President Donald Trump losing the recent US election to Joe Biden.

What’s even more interesting about the Great Conjunction this time round is that it’s also taking place on the Winter Solstice in the Northern Hemisphere, as we reach the standstill of winter with the shortest day and the longest night of the year – a time of rest, reflection, the death of what was and letting go of that which no longer serves you. As the sun sets, and Jupiter and Saturn greet each other once again, the spiritual significance of this day is sure to be a powerful one.

Not only is this day itself important, but the Great Conjunction on December 21st 2020 also marks the beginning of a much bigger cycle concerning Jupiter and Saturn, known as the Great Mutation in Air, and a significant indication that the Age of Aquarius 2020 has truly dawned.

What is the Great Mutation in Air?

For about the next 200 years, nearly all Great Conjunctions will take place in just one element: Air – starting with their first in Aquarius, propelling us further into the energy of the Age of Aquarius. The significance of this event represents a paradigm shift in the collective unconscious. Since 1842, nearly every Great Conjunction has taken place in one of the Earth signs (with the exception of a single ‘rogue’ triple conjunction in 1981 in Libra – an Air sign).

During this time, as Jupiter and Saturn aligned in the skies under Earth signs, we have seen a significant attunement with the world of physical forms and their ability to utilise the material world. Earth signs are practical, conventional and goal-orientated. They are persistent, highly driven and somewhat ruthless.

Life since the mid-19th century has been increasingly focused on the development of materialism, capitalism, consumerism and the drive to master the material world around us. The Industrial Revolution, mass production, property development, the arms trade, the rise of the working class and the increasing wealth gap are all significant markers of this period.

As the Air Mutation is dawning, we can look to the stars once more to give us an indication as to how the next 200 years may unfold.

What might we anticipate from the Great Mutation in Air in the Age of Aquarius 2020?

In astrology, Air differs greatly from Earth in being much more ideas and people-orientated. We could see a shift towards more community-focused ways of living. Perhaps a rise in community living spaces, peer-to-peer goods and services, supporting local, gifting economies and skill exchange might start to replace traditional capitalist models. With another looming financial crash and the persistent lack of governmental support, it seems likely we’ll need to find ways to reinvent our economy. As cryptocurrencies gain more and more traction, a redistribution of the world’s wealth could be on the cards.

In Air signs, we see much more of a focus on the collective. As political pressure mounts and the systems that were supposedly built to protect us prove time and time again to oppress, exploit and in many cases murder so many of us, the legislative process is likely to become far more organised around pressure groups powered by their people in numbers, rather than individual wealth.

Of course, this is all based on astrological predictions and in the real world, we have much work to do. However, the Age of Aquarius does offer hope. Do you dare to dream, with Airy detachment, of a world in which greater harmony between not only our peoples but our planet is restored and thriving? The stars are on our side. The Age of the individual and material ownership is passing. We are bearing witness to the birth of a new world. It’s up to the universal Aquarians to decide our fate – in other words, it’s all up to us my friends.

Affiliate Disclosure: This blog has affiliate links for Rakuten and Awin. This means I may earn a small commission if you click-through and makes a purchase. All my recommendations are genuine and are in no way influenced by any advertiser or commercial initiative. By clicking on an affiliate link, you accept that third-party cookies will be set (so that they can link the reason for your purchase to my blog).