Where to find the best brunch in Manchester!

I usually spend most of my pre-trip prep time working out where I’m going to have brunch. You have to start each travel day right (right?) and an epic brunch can really get me off to a great start. But in Manchester, I made no plans: yep, I totally winged it and came up with a winner every day. In fact, I also managed to find an amazing backup option each day too! This just means I have to come back soon and try them, right? Anyway, here is my guide to the best brunch in Manchester. Enjoy!

While you’re thinking about Manchester, make sure you check out my city guide for all your eating, drinking and partying options! 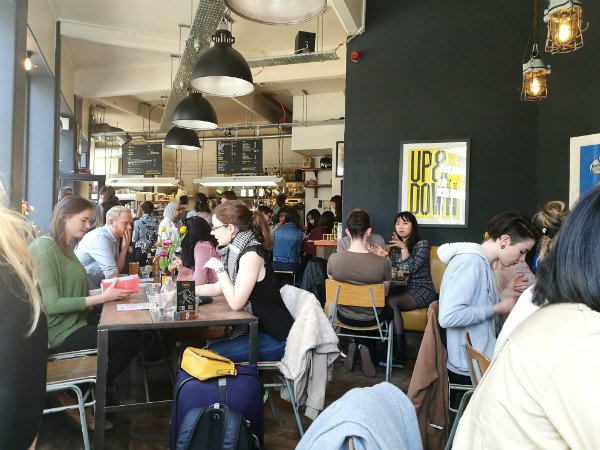 I discovered this cafe on my last morning in Manchester. My pal Kia and I headed for the very popular Alabama’s (see below) on a Sunday, only to discover it was a 45-minute wait, so we thought we’d Google and see if there was something nearby worth checking out while a table became available. When Federal popped up in my Google search, I was keen to hotfoot it over there, just in case it had anything to do with the Federal chain of cafes in Spain (there are two Federal cafes in Barcelona and Madrid plus one in Valencia and Girona – and they are AMAZING!). I don’t actually think the Manchester cafe has any relation to the Spanish ones but they’re very similar in the sense that Federal has become a code word for “incredible brunch by antipodeans!” Yup, my fellow countrymen from Australia and our equally foodie-famous neighbours in New Zealand have the brunch thing down pat, and this cafe is no exception. 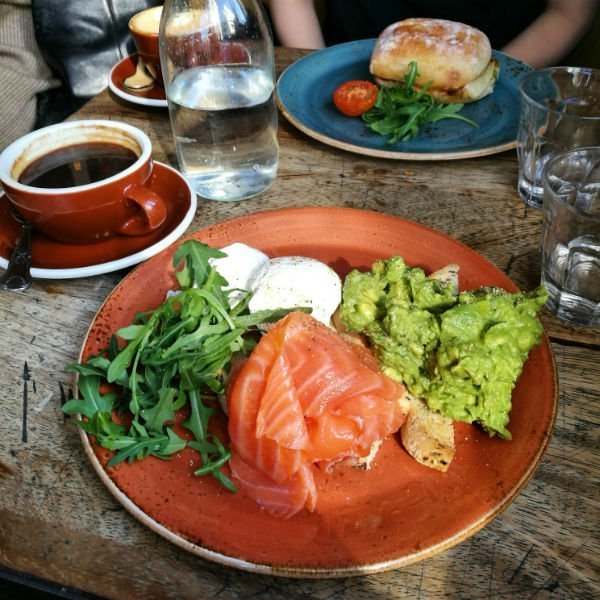 Open 7 days a week from roughly 8am-6pm, Federal is situated on the edge of the Northern Quarter opposite the Arndale shopping centre. They have a no reservations policy, but even on a sunny Sunday morning in March the queue was only about 15 minutes long. There were a bunch of outdoor seats but I’m really glad we sat inside, where the vibrant yellow booth-style seats just added to the sunshine. It was busy inside without being rammed and it felt like it would be a great place to rock up with a laptop and inhale a few coffees while you worked on a quiet weekday morning.

The menu is all brunch, with a couple of lunch options available after midday including some amazing sounding corn fritters. The rest is classic breakfast fare: French toast, Eggs Benedict, or a veggie breakfast bagel. I was so pleased to discover they did gluten-free toast and that meant I could eat most of the dishes with this option. I went for a classic smashed avocado, poached eggs and smoked salmon, whilst Kia had the chorizo sandwich with manchego cheese and caramelised onion. We were definitely hungry by the time it arrived but that didn’t excuse the noises we made on our first bite. The groans were practically indecent! The food may have been simple but it was so well executed that I’m drooling just writing about it. Federal was one of the best brunches I’ve had in ages and definitely the best one I had in Manchester, so make a beeline here any morning when you’re in town. 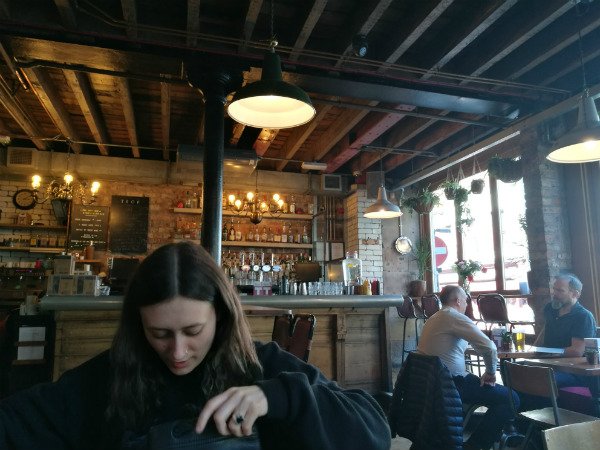 Trof is another Northern Quarter gem that was recommended to me by a few Manchester fans, so I made sure I didn’t miss it. I get the feeling it’s been around for some time now because it seems to be a bit of an institution. Trof is one of those great all-rounders: everything from early morning brunch to post-midnight boozing, with a whole bunch of burgers, bourbon and partying in between. 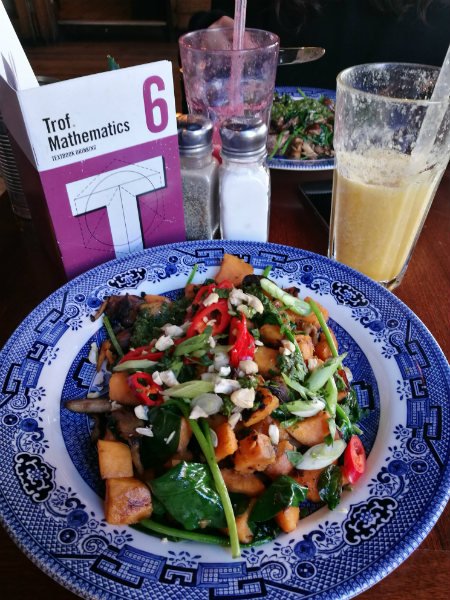 Trof is in the heart of the Northern Quarter and is open from roughly 10am till midnight on weekdays and 3am on Fridays and Saturdays. Kia and I landed there around midday on a Friday and it was relatively quiet, with just a couple of other tables filled. There’s a decent amount of seating but it isn’t a massive eatery. The warmly-lit interiors are all wooden and whitewashed bricks, giving it a reclaimed warehouse feel with a dash of Alpine lodge, or maybe Wild West saloon (which is probably where all that bourbon comes in).

Their menu is pretty massive, with brunch until 4pm, plus burgers, main meals and puddings. The menu was very vegan-friendly, which I found to be typical of Manchester, with a number of options clearly marked on the menu. Gluten-free options aren’t marked but the staff were very helpful and checked everything with the kitchen first. I opted for the sweet potato and spinach hash, which I mistakenly thought was going to be like hash browns, but was actually a mega plate of tasty veggies. Probably the healthiest brunch I’ve ever had (and totally vegan as well)! The rest of the menu consists of tasty sounding breakfast staples like wild mushrooms on toast, gin and beet-cured salmon or a Full English with their own ‘special sausage’ (which sounds a bit wink-wink-nudge-nudge to me). The rest of the day, the menu has a pretty big variety of food, from Philly Cheesteak to crunchy superfood salads, plus an Affogato Banana Split shake that I am kicking myself for not trying. Next time, yeah?

Next time I also want to try 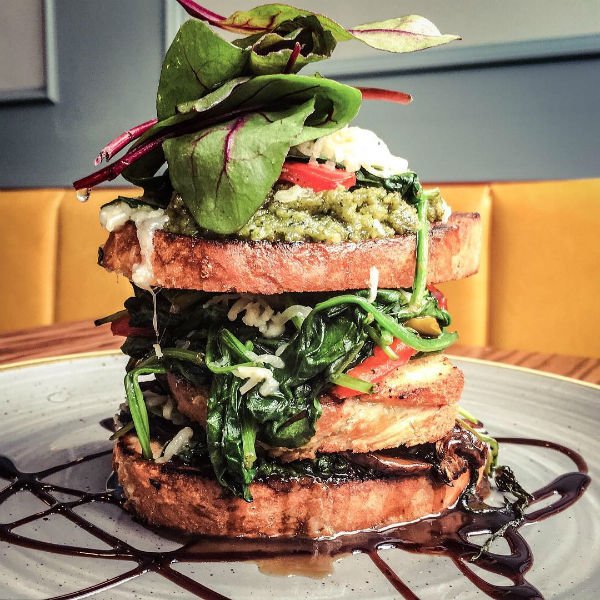 This place only opened in early 2016 but already has a sterling reputation. There was a 45-minute wait for a table on a Sunday morning, so we sadly had to give it a miss but it looks pretty amazing so we worth making a reservation in advance for. Open 7 days from 9am till roughly 6pm. 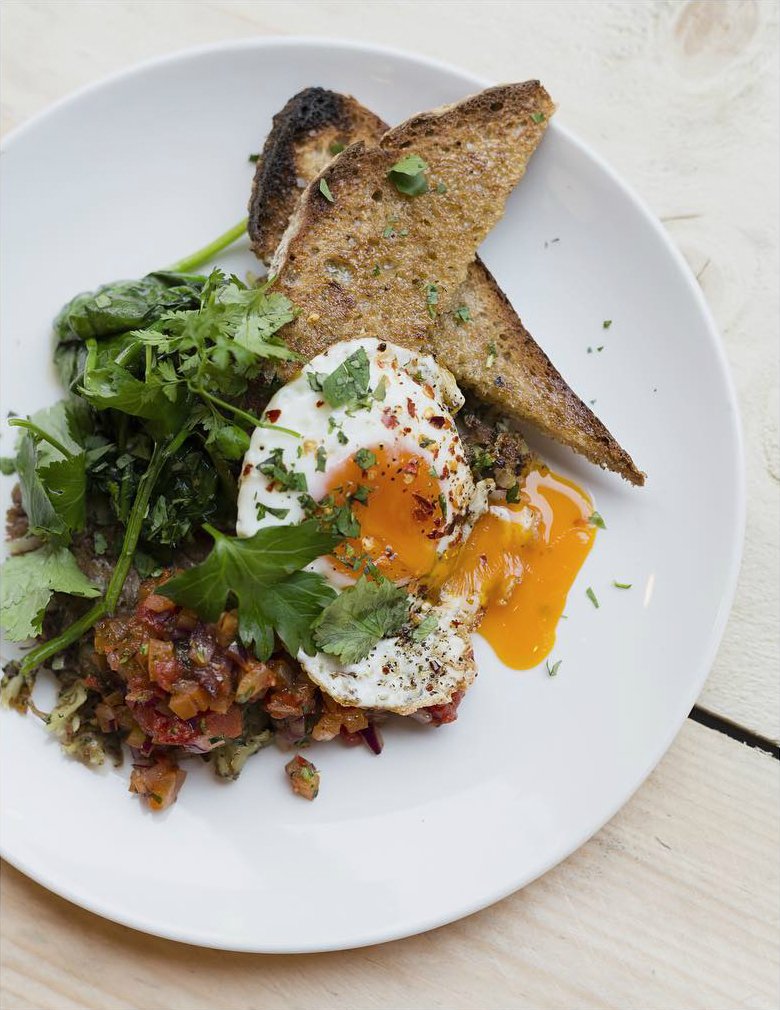 We visited this place late on Saturday night for some small plates and cocktails and it was sensational! Really gorgeous interiors and bang in the centre of the Northern Quarter. I definitely want to try their breakfast menu too so will make a beeline here on my next visit. Open 7 days from 9am till 11pm. 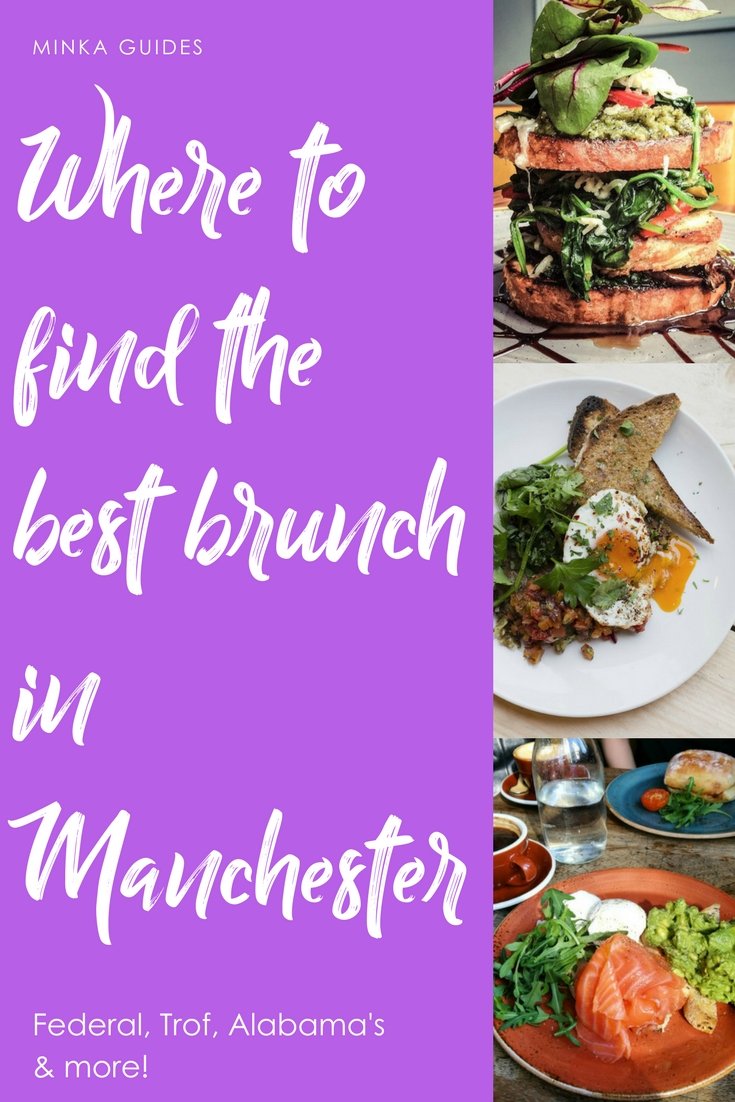