2016 was tough for pretty much everyone, right? There’s a collective energy of agreement on this around the globe seemingly. It was definitely a landmark year – and not for all the right reasons. So I decided to look back at my best of 2016 for me and remind myself of all the adventures and good times I had. Turns out, there were quite a few!

I didn’t visit that many new places in 2016. I started the year in a pretty pressured job (working as a travel agent) and then was unemployed for 7 months (until I started with National Geographic Traveller last month. YAY!), which didn’t leave much in the way of travel funds. But I did make it to Amsterdam for the first time in April and it really blew me away!

I’d spent years thinking that it was some stag and hen do hell hole, littered with nasty bars and trashy weed shops. Turns out this is a tiny and easily avoidable part of the city, which is primarily gorgeous! SO romantic. SO beautiful. I was swooning the whole weekend I spent there and now can’t wait to go back.

I’ve been to Barcelona many times over the years that it’s probably one of the cities I know best and love most. So I thought I’d been everywhere, seen everything until my friend Jono took me to the Olympic Diving Pool. Not only does it have incredible views over the city but it’s where the music video for Kylie Minogue’s song Slow was shot. Suffice to say I did my best reenactment on the tiles. 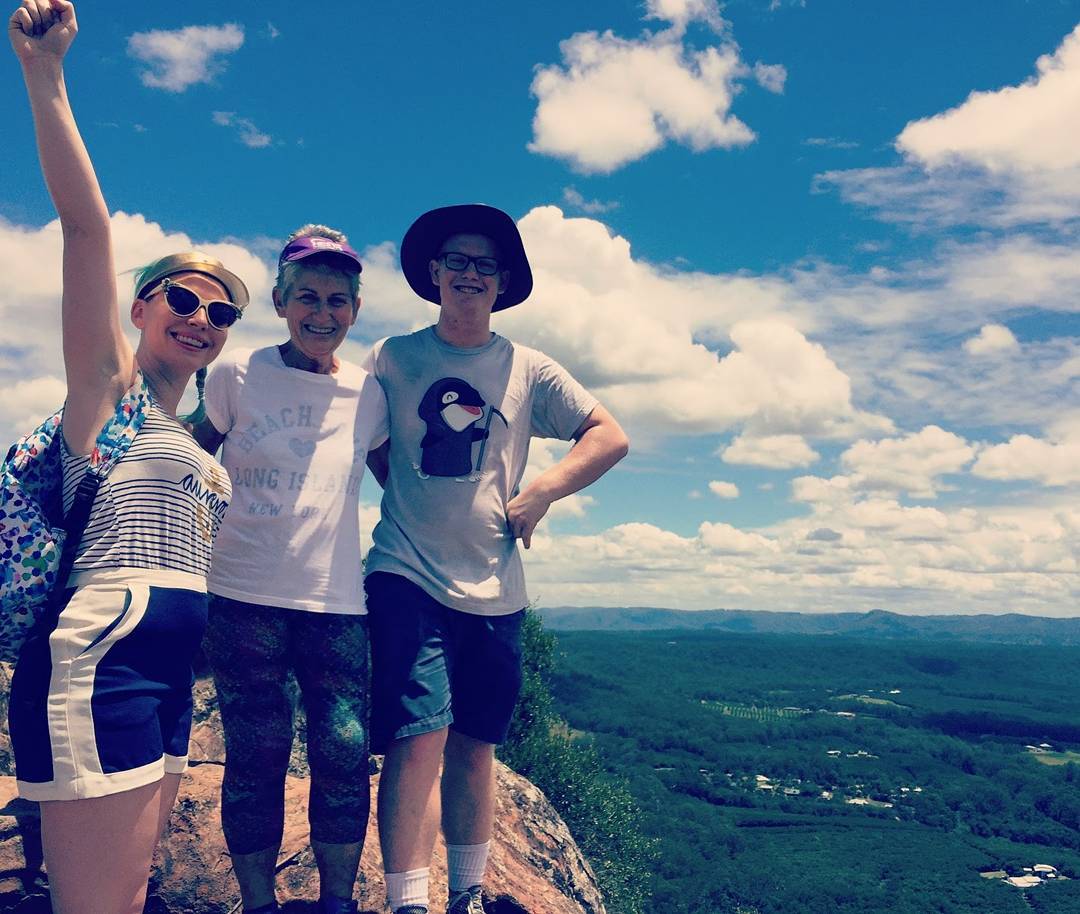 My mum climbs Mount Ngungun on Australia’s Sunshine Coast a couple of times a week to keep fit, and let’s just say it’s not your average walk around the block! What makes it so incredible is that the land surrounding the Glasshouse Mountains is relatively flat, so they just rise out of nowhere and have incredible views all around! I climbed up here one morning with my mum, my youngest brother James and partner and it was one of the most exhilarating adventures of my year! 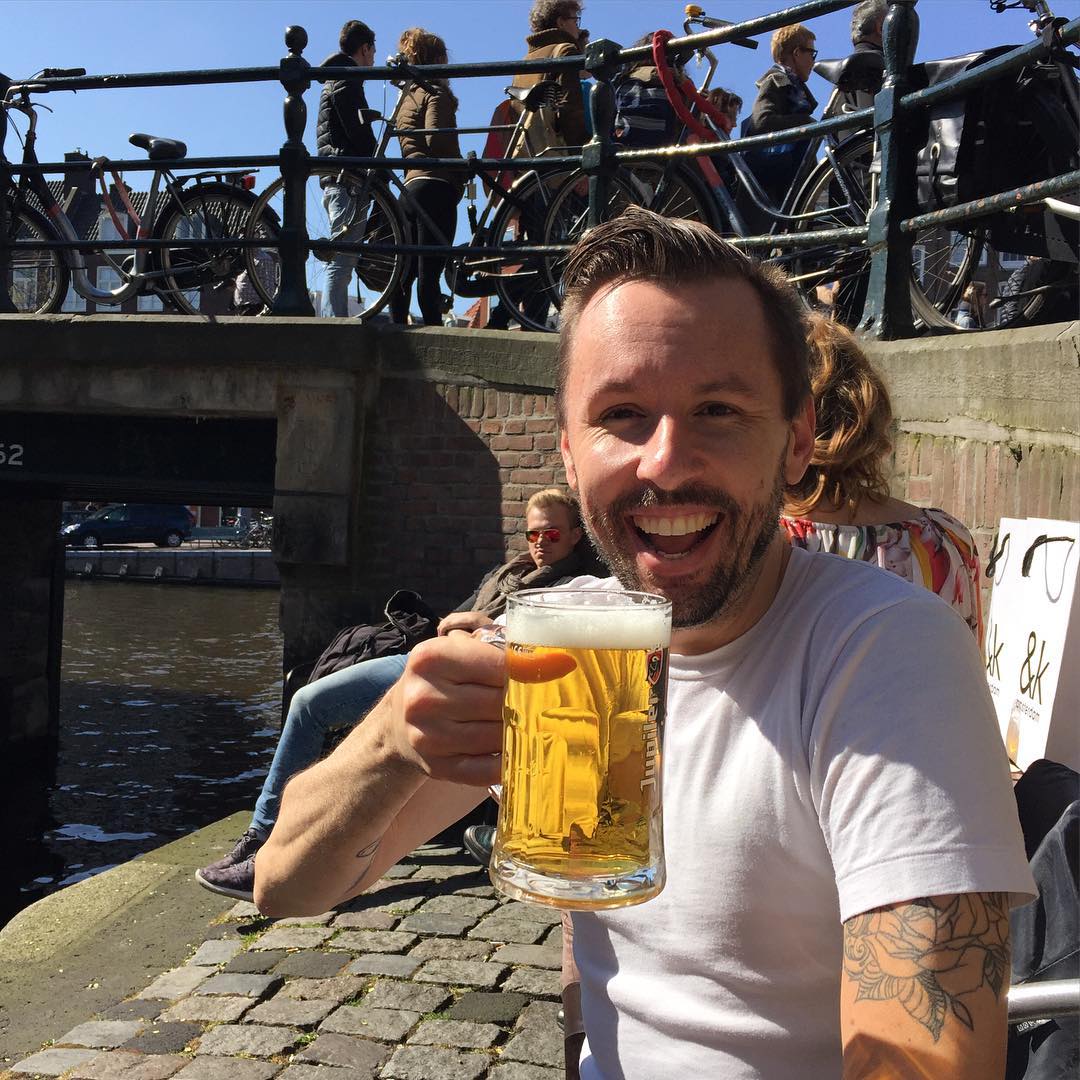 When you’ve on either side of the planet, it’s often a rare chance that you get to spend time hanging out with your partner and your oldest friend. So when we all met up in Amsterdam in April we just spent most of the day sitting by the canal and getting HAMMERED in the sunshine. It was brilliant!

It was a little strange for me to stay at this boutique hotel in Sydney as it used to be a pub I’d visit back when I was a student. The pub is still there but it’s a little more classy these days and now is adjoined by this gorgeous hotel and a rooftop pool! That’s me diving into the bath, not the pool, in our room after a long car journey over the Blue Mountains. I was so excited to wash away all the stress of travel and The Old Clare Hotel was the perfect base for our Sydney stay.

In July I visited Stockholm for the first time – and it was the first time I took a friend on one of my Minka Guides research trips. Lucy was the perfect travel companion: we talked non-stop for the first 24 hours and giggled for the next. She was always up for all kinds of adventure and really added to my experience of the city. Unlike me, she’s also really good at sleeping when travelling 😄

It was a week after the devastating shootings at a gay nightclub in Orlando when I saw Cyndi Lauper perform a pretty intimate gig (by festival standards) at Glastonbury. She finished her incredible set with a speech about how important it was to keep fighting for LGBT rights and then did this acapella version of True Colors. Everyone was crying. It was SO incredible.

I’d never been to a Morning Gloryville party in London but I decided this summer to head to their 3rd birthday party as they normally get someone pretty amazing as the DJ – except you don’t know until you arrive. So imagine my excitement when I turned up to discover it was Rudimental with full brass ensemble playing live! It was INCREDIBLE and I danced my ass off!!!

Best Book: The Wangs vs. the World by Jade Chang

I read loads of good books this year but this one really stood out for me! It only came out last month so you may not have heard about it yet but you should really grab a copy. It would make a great holiday read, especially as it is about a family going on a road trip. To top it off, the author got in touch after reading my review in September to thank me. How lovely is that!

Whenever I’ve had a bad day this year, I’ve played this song by the amazing Lizzo 😄

I really want to say Bowie’s devastating Black Star but it was this soulful album that I listened to almost non-stop. So beautiful.