I love doing an annual round-up each December! Like most years, I did so much in 2017 that I’d started to forget some of the amazing places I’d been over the past 12 months, so it’s great to wander back through all my adventures. Here is my best of 2017: from books to brunch to beaches, this year was pretty ace.

What were your most fabulous moments from 2017? Let me know in the comments below 👇 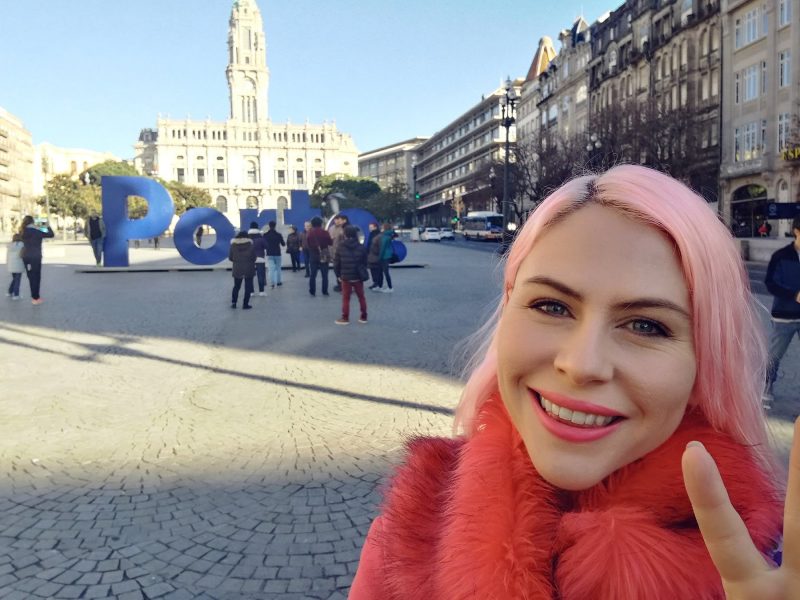 You’ve probably heard a lot over the past couple of years about how Portugal’s second-largest city, Porto, is an ‘underrated gem’ (or something similar). All I can say is: it’s true! When I visited in January, I expected it to be a mini-Lisbon but it really had it’s own personality and style – whilst still being very Portuguese. Aside from being a really pretty city, it has amazing street art, churches, food, sunshine and just a really great vibe. I definitely recommend checking it out in 2018 if you haven’t already!

The Principal Manchester hotel is pretty wow! It’s housed in a refurbished 19th-century insurance/banking building, with big rooms, high ceilings and a huge lobby – basically everything you don’t get in most modern hotels. It was super wow, from the size of my bed to the amazing breakfast. Watch my video review above – or read my full review here.

I stayed at lots of great hostels this year, but this one really nailed it for me. Located in the fun, central area of Psirri, this hostel was both super clean and wonderfully cosy. Everything about it was done well, simple but stylish rooms, a big common area that made it easy to meet other travellers and a great bar/restaurant with a free wine hour every night. Plus they have gorgeous private rooms if you don’t fancy sharing! I’m glad I did though as I met some really awesome fellow solo travellers and we spent a great weekend together. It really made my experience of this city amazing. Watch my video review above – or read my full review here. 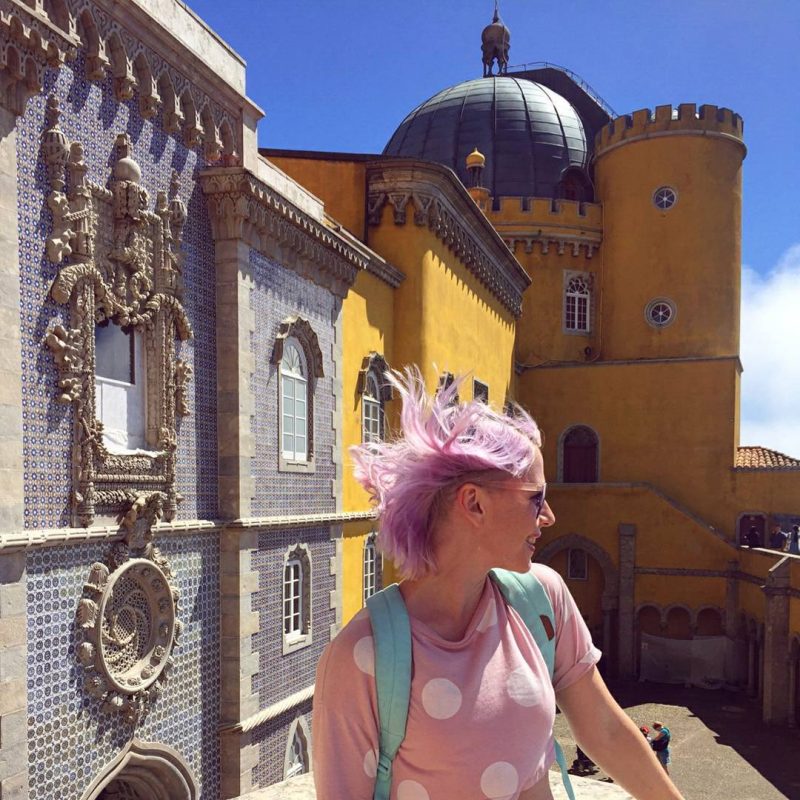 Every tour guide for Lisbon will feature Sintra. It’s a short train ride outside the city but it’s like being transported to some real-life Disney world. The thing to know about this place is that it’s huge and takes a couple of days to see if all its entirety. Also, it’s rammed with tourists all year round. So, if you want to just spend a day there then I would recommend picking one thing to do – one of the castles or the town itself – and sticking just to that. I went to Pena Palace because it’s pretty iconic, and had a wonderful day exploring this crazy colourful castle. It’s so bright and beautiful that it’s hard to believe it’s not some modern theme park. I definitely recommend a visit if you’re heading to Lisbon for more than a weekend.

I went to the Gold Coast with my work in September and was lucky enough to spend a couple of days being shown the highlights of the area by the team at Destination Gold Coast. It was a pretty amazing couple of days filled with hikes, sea kayaking and zip lining at the Tree Top Challenge – Australia’s highest, largest and fastest guided zip line tour! I was pretty scared at first but was soon loving it! So much so, that my siblings and I bought it as a gift for my YOLO mum who lives nearby. 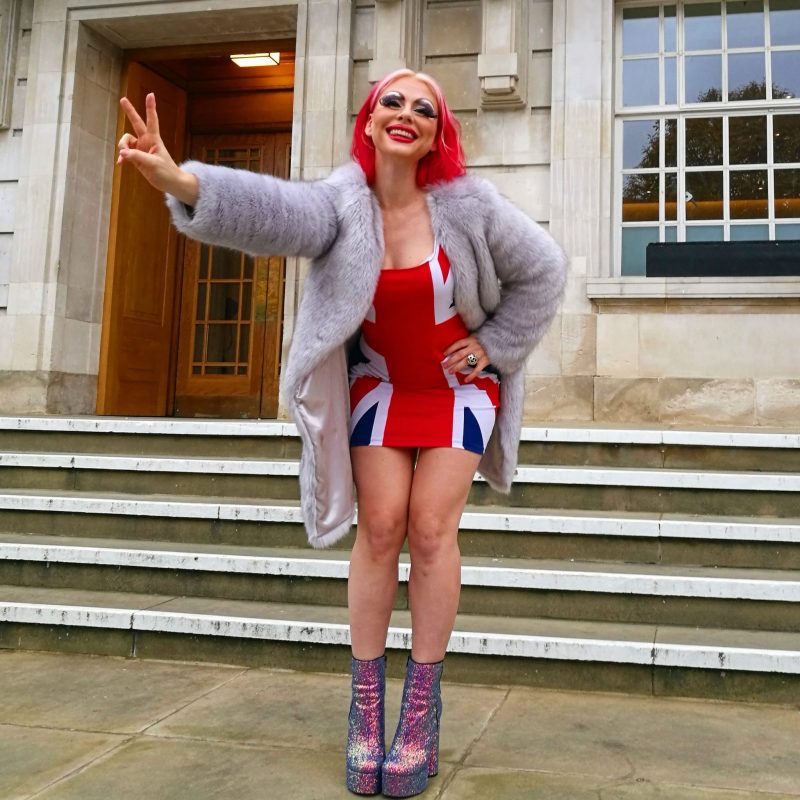 After 13 years living in London, this little Australian expat finally bit the bullet and became a British citizen. Like a lot of Londoners, I’m not exactly thrilled with the direction this country is headed in (yup, I’m talking about Brexit) but I’m an enormously proud citizen of this city and intend to keep calling it my home for some time to come. When I received my citizenship ceremony invitation, it said that ceremonial dress was encouraged so I figured as a drag queen that I had to dress in drag as none other than Ginger Spice in her Union Jack dress. The ceremony was mid-morning, so after it was all official, my partner Robin and I decided to spend the day doing lots of very British things: going for tea then chips and mushy peas, followed by pulling a pint at the Ye Olde Cheshire Cheshire (the oldest pub in London) and then watching the new Kingsmen film (in which a hilarious Elton John totally stole the show). It was a very special day – and loads of fun!

I visited here recently for my friend Katie’s hen do and the brunch here blew me away. Rarely does a gluten-free option on a morning menu show much creativity, but the crushed apple, smoked butterscotch, earl grey labneh & salted caramel pancake was phenomenal! It was so big (basically like a cake rather than a pancake) that I couldn’t finish it! I’m still drooling at the memory of it so much that I plan on going back here for birthday brunch next month! 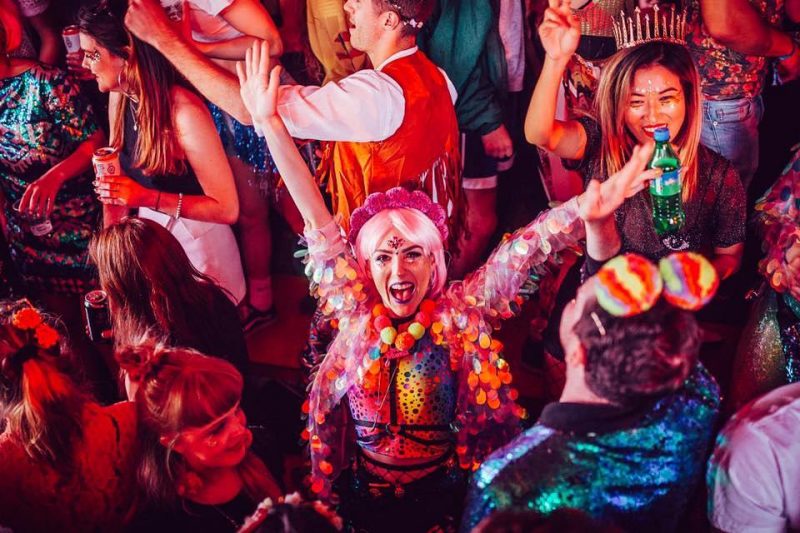 One of the most fun days (or nights) of dancing I had was at Mighty Hoopla festival in London’s Victoria Park! Run by my drag family, Sink The Pink, it perfectly balanced aimed itself at an LGBT audience (with acts such as Years & Years, Will Young and Sophie Ellis Bextor) plus any pop-loving person aged over 28, as the music was predominantly 90s (we’re talking performances from All Saints, S Club Party, Snap and Technotronic). It was such a fun day and tickets are already on sale for 2018 if you fancy going next year. Check out this picture of my competition winner having the time of her life! 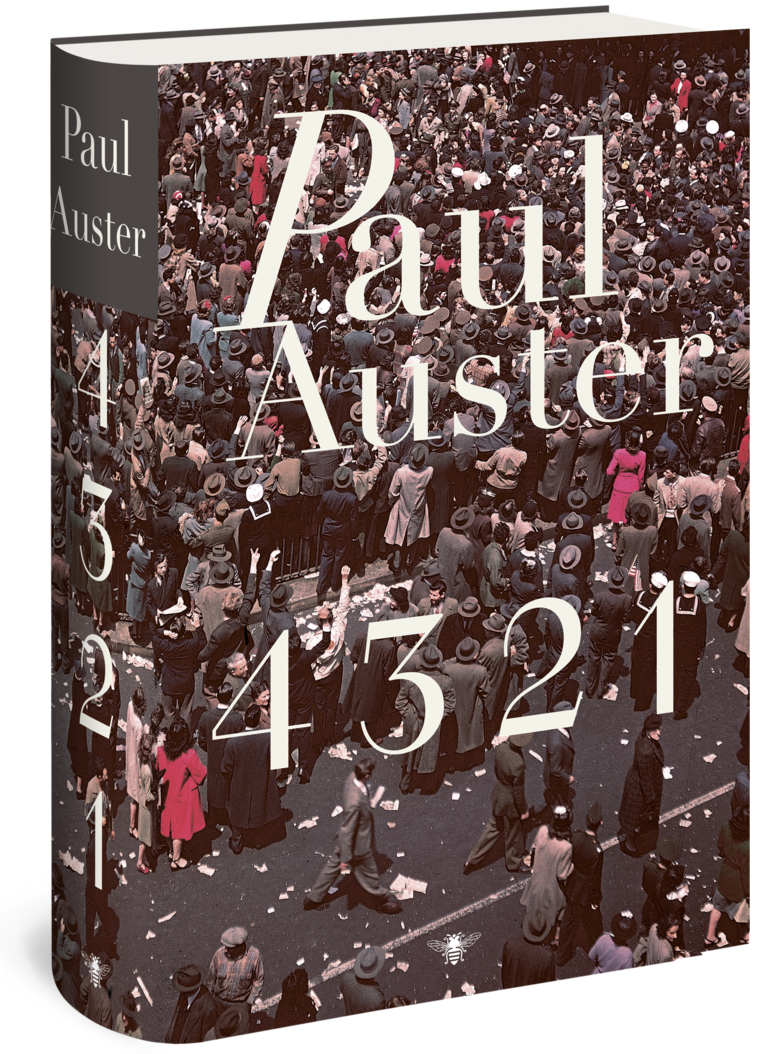 Paul Auster’s latest book, 4 3 2 1, kept me gripped for all 880 pages – that’s about twice the size of the average book I read! It was one of the most beautifully crafted stories I’ve ever read, weaving multiple versions of the same man’s life into one large narrative. This is a beautiful book, described by many as a love letter to New York, but I feel like it is a love letter to life and how much we are shaped by our circumstances and experiences. If you want a hearty story that you can really sink your teeth into and be carried away by, then this is undoubtedly the best book you could read in 2017.

Runner-up: Juliet Takes A Breath (which was released in 2016 but I didn’t read it until this year)

Every time I played this track out loud, it made everyone turn their heads and shake their hips. Impossible to stand still to this killer tune.

Runner-up: The Isle of Arran by Loyle Carner (love this guy).

This is always so hard to pick, even though I don’t watch as many films as I used to (I spent 15 years studying and working in the film industry). I managed to see quite a few good movies this year (Trainspotting 2, Lion, Hidden Figures, The Founder, Beauty & The Beast, Guardians of the Galaxy 2, Wonder Woman, Dunkirk) but I feel like I still have to catch up on all the great ones (Moonlight, Call Me By Your Name). This film, however, was a bit of stand out one for me: funny, slickly styled and packed with tension. It’s pretty amazing that the whole story takes place in one warehouse. It’s a bit of a blood-bath but is a world away from from the violence of blockbuster films. Oh, and it has an AMAZING  cast.

What were your most fabulous moments from 2017? Let me know in the comments below 👇