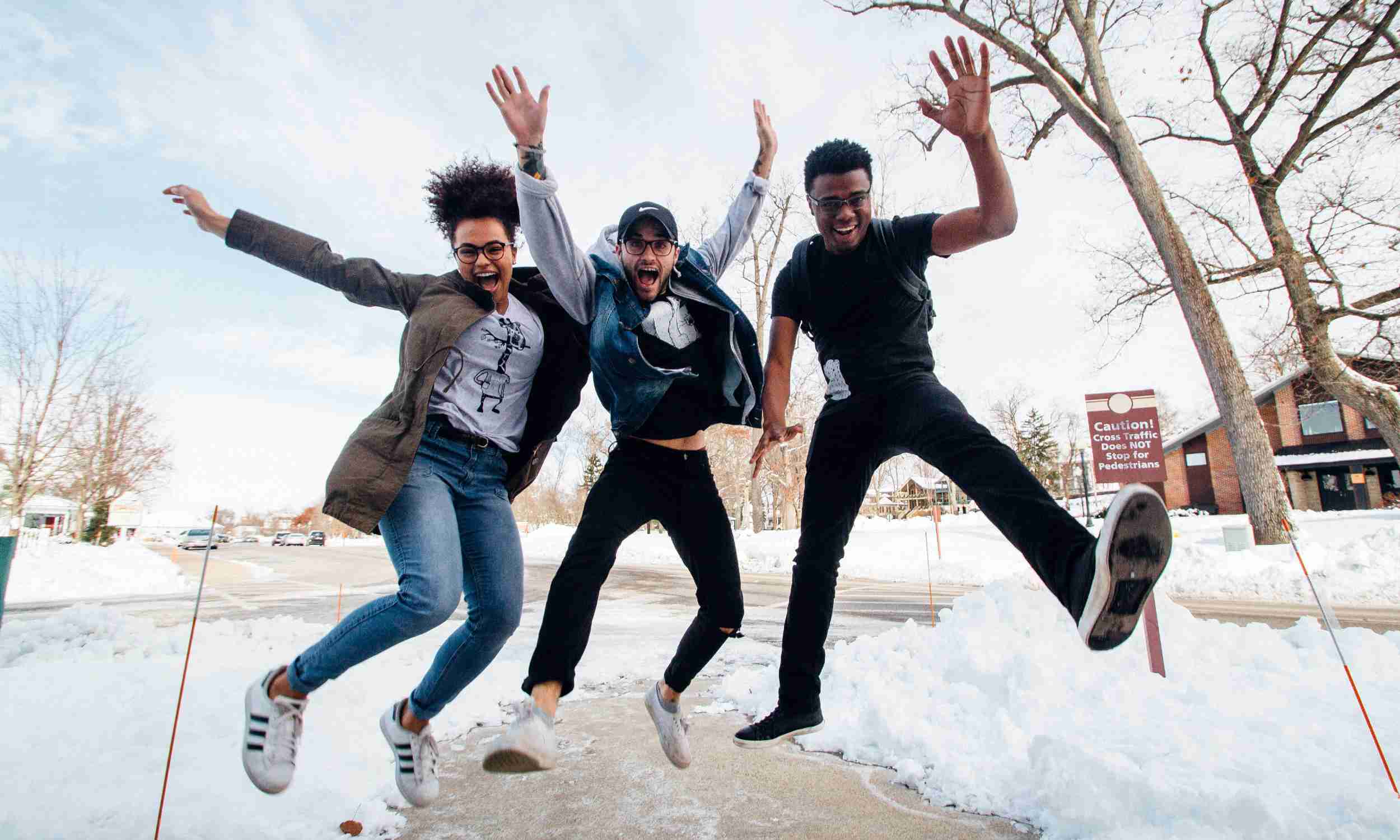 Beyond biology: embracing your chosen family

We’re often told you don’t get to choose your family – they choose you. While I’m lucky to have seven lovely siblings and a great mum, I’m also fortunate to have family that exists beyond my biological connections. But what is chosen family? How is it structured, legally protected and, indeed, chosen? Here’s an insight into what some are calling the future of families.

Origin of the chosen family

According to a 2020 study from the University of Michigan, the academic Kath Weston coined the term “chosen family” in 1991 with her landmark book Families We Choose: Lesbians, Gays, Kinship. This origin isn’t surprising as people from the LGBTQ+ community most commonly use the term chosen family. Indeed, this study describes the chosen family as “a signature of the queer experience.”

So, what is chosen family? Dr Trevor G. Gates, an American academic and social worker specialising in LGBTQ+ issues, describes chosen families are “non-biological kinship bonds, whether legally recognised or not, deliberately chosen for the purpose of mutual support and love.”

These families of choice have developed organically. They exist in communities where people have been rejected by their biological relatives due to their non-normative identities. As mentioned above, these families have been most visible among queer and trans+ people.

In the controversial 1990 documentary Paris is Burning (and more recently in the FX TV drama Pose), these families of choice are captured on screen through the development of New York’s ball culture. This community first developed in the 1970s as LGBTQ+ black and Latino people faced rejection from their biological families and the white gay community.

They formed families, referred to as ‘houses’, who often lived and performed together adopting the same surname, led by a queer elder known as the house mother or father. The House of LaBeija (pronounced la-beige-ah) is the most famous of these houses, initially led by mother Crystal LaBeija, who Pepper LaBeija succeeded in the early 1980s.

Chosen families like these became increasingly necessary with the advent of the HIV/AIDS crisis from the early 80s onwards. Many biological families refused to care for (or even acknowledge) their relatives who had contracted the virus. This cruelty meant people had to rely on their non-biological kinships for emotional, physical and financial support.

Another name for this approach to kinship is logical family. The term was coined by Armistead Maupin, author of iconic Tales of the City books. Maupin began writing about the resident of 22 Barbary Lane as a serial in the San Francisco Chronicle in 1978. Maupin described the enduring love and support provided by the group of queer, trans+ and cishet characters as a logical family (as opposed to a biological one), formed out of both joy and necessity.

Maupin also called his 2017 memoir Logical Family, acknowledging that as he grew older, he became increasingly isolated from his staunchly Republican biological family. However, his life blossomed after coming out, and he found himself surrounded by a constellation of fellow queers who more than fulfilled the role of family that his relatives could not.

Sooner or later, though, no matter where in the world we live, we must join the diaspora, venturing beyond our biological family to find our logical one, the one that actually makes sense for us. We have to, if we are to live without squandering our lives.

I like the term logical family because it acknowledges that we have both a biological and a chosen one. Coming from such a large family, I’m lucky to have siblings who also aren’t cis, straight or monogamous. However, I didn’t grow up knowing this was the case, and I felt very much on my own for a long time. So, it was when I started growing my logical family that I felt truly understood and supported.

For some, their logical family can be a loose-knit group of people spread worldwide whom they know they can call on when times are tough. For others, cohabiting or living close to their logical connections is necessary as they would find it impossible to go through daily life without them. These differing levels of entwinement reflect how fluid this idea of chosen family is.

Even as our society evolves and fewer queer and trans+ children face rejection from their families once they come out (although this still happens around the world), there is still a need for logical families. Too often, our much-loved relatives don’t understand what life is like if you aren’t cis, straight or monogamous. So, we seek out a logical family to enhance our lives and strengthen the support and love we give and receive.

These days, many queer and trans+ people replicate the nuclear family, getting married, being relatively monogamous and having children. Still, without the support of their broader biological families, they may need to rely on their logical families. Also, they may continue to grow these connections as they face challenges that cis, straight people don’t experience.

Others, like me, have no interest in nuclear families. We form ever-changing, ever-growing constellations of loving, supportive connections. Among my logical family, multiple people are trying to become co-parents, some with ex-lovers, some with close friends. It also includes people who provided me with financial and emotional support and physical care over the past 20+ years.

I have previously created share homes with friends who have become family, and I hope to one day buy a house with similarly like-minded folks. I’m in no rush, though, as I know I will spend my life building my logical family.

In her recent interview on the Multiamory podcast, Kathy Labriola (author of numerous books, including Polyamorous Elders) discussed how decades ago, openly non-monogamous people were rejected by their blood relatives in similar ways to queer and trans+ folks. She discussed how vital networks like chosen families were for those who had been polyamorous before it became more commonly understood and accepted (although that process is still slowly happening).

In polyamory, we call a group of people connected by their current (or former) romantic or sexual relationships a polycule. The name is a portmanteau of the words polyamory and molecule and refers to the molecular structure formed of many varying types of bonds.

A polycule is a wholly different family structure, which grows and changes over time. It combines various forms of relationships and can include people who are cohabiting and/or parenting within the network. It is beautiful because it is a group of people bonded by love, but just like any family, it can sometimes experience conflict and drama.

Not all the connections within a polycule are romantic and/or sexual. It also includes metamours, people who have a common partner but themselves have a platonic bond. Often, people describe these metamour connections as being similar to in-laws because they are people who become family through their relationships.

The law and your chosen family

Currently, in most countries, none of these logical or chosen families and polycules receive the same protection and benefits from the law that married spouses and blood relatives do. This inequality spans everything from hospital visits and health insurance to inheritance. In many cases, people do not want their biological families to be making decisions on their behalf when they are gravely ill. Still, without the proper paperwork, this is what happens.

Thankfully, there are people working hard to change how the law views non-nuclear families. Diana Adams is an American attorney activist who is both the founder of the Chosen Family Law Center and Director of the Euro LGBT Family Law Institute. She gave an excellent TED Talk last year on this subject, highlighting how the current laws don’t work for the broader majority of the population.

You can be proactive about protecting your wishes, such as writing a will to include your loved ones. Beyond this, there is little we can currently do to protect these connections. This powerlessness means no matter where you live, it’s important to get involved with working to change and expand the way the law works through lobbying and activism.

Yet, it’s also important to remember that the personal is political. In time, our society will grow to realise that one cookie-cutter approach works for very few people, and we are made up of a million different ways of loving, caring, supporting and forming families. So, living your life in the way that works for you will always be one of the best forms of activism.