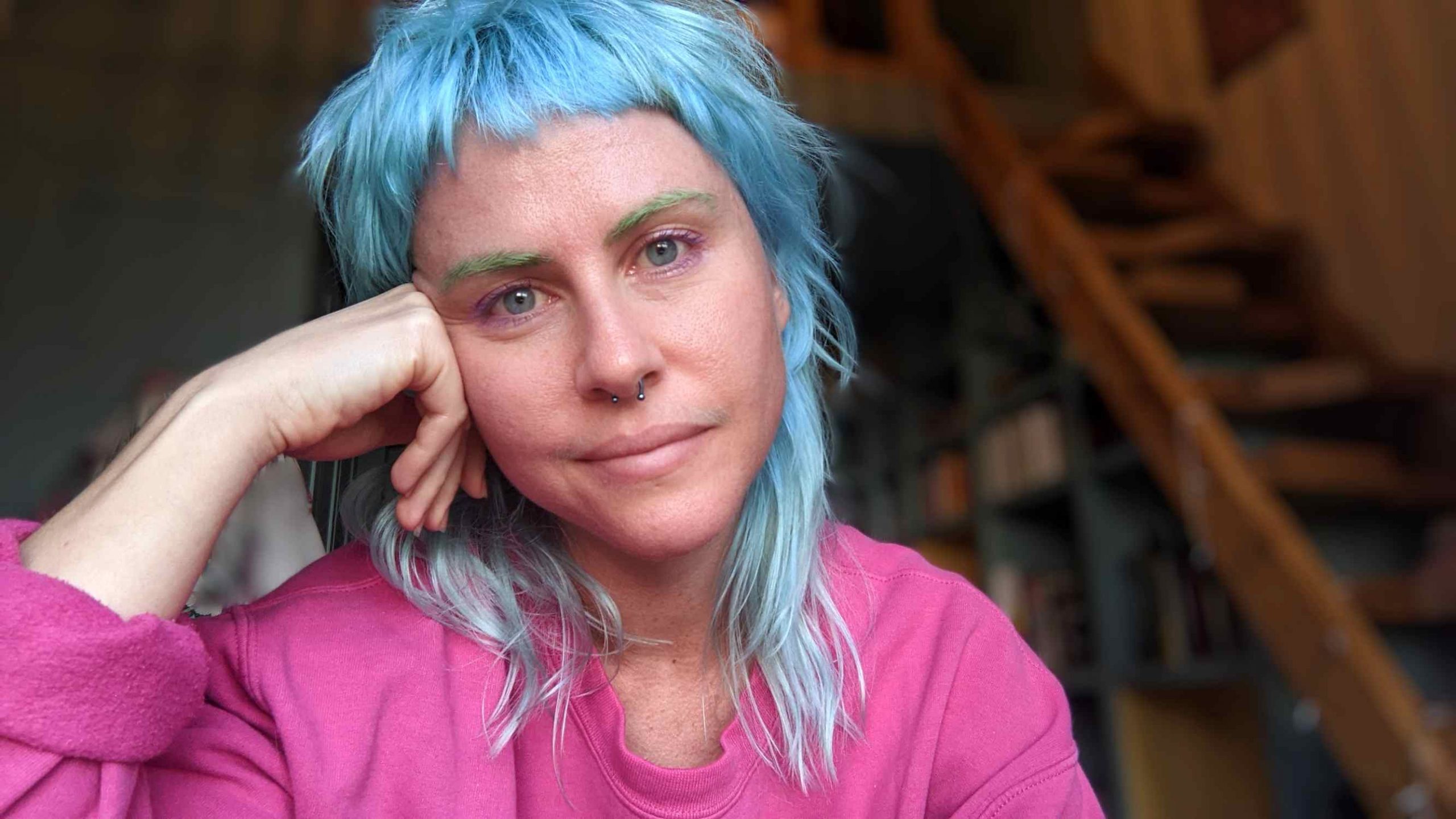 Welcome to my understanding of what it means to be genderqueer. If you know me and you’re curious about this recent change, then here’s everything you may want to know. If you don’t know me but have found your way here because you’re wondering what genderqueer means, here is a helpful guide to understanding this identity.

The important thing to remember is that identities aren’t fixed concepts. They are labels which we as a society create and continue to reshape all the time. We collectively are constantly adapting every identity to suit how the world looks now. For example, think about how our ideas of what it means to be a woman have changed in the last century.

As I mentioned above, the widely accepted understanding of any identity may evolve over time. Identities are also always open to each individual’s interpretation, and someone else may have a different take on what it means to be the same identity as you. So, remember that this is my take on genderqueer (and any other identities I mention) at this moment.

But first, let’s talk terminology. If words like cisgender and the gender binary are new to you, that’s ok. We’re all on learning journeys. I recommend looking at Sam Dylan Finch’s Transgender 101 guide on Everyday Feminism before reading this blog, as it will give you some insights into the language around gender identity.

Genderqueer is a gender identity with quite a broad meaning, similar to the scope that queer has as a sexuality. It is deliberately open to interpretation and can suit a wide variety of people.

For many, genderqueer is an identity or an expression of gender that isn’t traditionally masculine or feminine. That doesn’t necessarily mean presenting as genderless, gender-neutral or androgynous (although those are valid expressions of being genderqueer). Instead, some people are ‘genderfull’ in the way they look – but more on that in a bit.

Many people who identify as genderqueer see themselves as being outside of the gender binary, similar to non-binary. But genderqueer is also an identity that’s open to people who are cisgender, transgender or any other gender identity. That’s why it is described as an ‘umbrella term’ because it can encompass many options and variations under one label.

Genderqueer is an identity that suits anyone who doesn’t want to define their gender specifically. At the same time, it can be used by someone who wishes to adopt multiple identities to express their gender. For example, JD Samson from the band Le Tigre (who once bought me drinks at a party in Manhattan, but that’s a whole other story) identifies as genderqueer, nonbinary, gender non-conforming, and a gender outlaw, as well as a lesbian. This illustrates how some people use a combination of gender identities.

Genderqueer is based on the reclaimed homophobic and transphobic slur queer. The origin of this identity means that some people find it very empowering. At the same time, others see it as too closely aligned with queer sexuality or generally feel it is offensive and reject it on this basis.

As genderqueer people often have a non-normative gender presentation, they may experience transphobia. However, not all genderqueer people see themselves as being under the trans+ umbrella, but as mentioned above, some trans people may use this term to express their identity. So, it is essential to remember that everyone may understand this identity differently.

What does genderqueer mean to me?

Genderqueer is very appealing to me as an identity because it expresses how playful I feel about gender and the way that I present myself. For example, I like wearing make-up, but I also love having a moustache, and this fun combination of gender cues feels very genderqueer to me.

As someone who is very colourful and likes to combine various cues, I also enjoy how this makes my gender expression often quite ‘genderfull’ rather than gender neutral. I first heard this word on Ruby Rare’s podcast episode about gender non-conformity, and I love how it captures what I love about being genderqueer.

Genderqueer also appeals to me as it was first coined in the 90s when I was coming of age. So, it has a retro feel, which suits me as I’m in my 40s. Plus, I like that I can use the term queer to express both my gender and sexual identity. There’s a neatness about having one word to encompass both that appeals to me. When people ask me how I identify, I’ll often tell them that I’m queer in terms of both gender and sexuality.

Why have I changed my gender identity?

Until recently, I identified as a cisgender woman, mainly because I thought I had to. I was assigned female at birth (AFAB), and growing up in the 80s and 90s, the only people you heard of who changed their gender identity were those who medically transitioned. Even as an adult, despite surrounding myself with many gender-non-conforming people, I felt that I wasn’t allowed to colour outside the lines of the gender that everyone assumed I was. It was simply something other people did.

Over the past year or two, I’ve spent some time unpacking why I felt that I had to identify and present as a cisgender woman, especially when I was pretty genderqueer in my late teens and early twenties. I realised that 25ish years ago, things were quite different. Back then, I was given the strong impression that I needed to be a pretty femme-presenting woman to be both employable and worthy of love. So, naturally, I tried very hard to fit this ideal because I wanted the security that came from having both a relationship and a job.

However, trying to perform the role of the perfect cis woman for so long made me quite unhappy and anxious. I do like being femme sometimes, but I don’t enjoy that being my only gender expression. It also meant that I wasn’t showing up in my relationships completely as myself and was constantly worried that if I let myself slip into expressing my genderqueerness, I would lose my partner’s love.

Even though our understanding of gender has changed enormously in the past two decades, I still held on to these outdated notions about my self-worth until very recently. It’s funny how it can sometimes take a while to unwind the ideas we have wrapped ourselves up in over the years. To break down the walls we probably built to help us feel protected but ultimately restrict us.

Another element to this was how my sexuality was received when I came out in my teens. At 19, I was told I was trying to be ‘fashionable’ for identifying as queer (or bisexual, which was the term I used at the time). Such accusations have undermined me over the years and made me hesitant about exploring other identities. These days, identifying as non-binary is often dismissed as being fashionable, and I sometimes wonder if I have avoided gender identity discussions for similar reasons.

This is why it’s taken me till now to understand that I’m not cisgender. I had to wait for the world to evolve but also for myself to catch up with it. I feel like more employers these days understand why I have a moustache and a variety of pronouns. I also know that I have a greater chance of finding people who are truly attracted to me now than I did a couple of decades ago.

I recently listened to Ezra Furman on the Gender Reveal podcast talking about how identifying as a trans woman is an anchor for her rather than an identity that is set in stone. That’s how I feel about being genderqueer as well. Gender is a journey, and I don’t know for sure that I will always identify this way, but I feel more centred by tethering myself here for now.

What are genderqueer pronouns?

Genderqueer people can use any combination of pronouns. No identity has fixed pronouns, so everyone can choose any variations they feel comfortable with at any time. There aren’t any set pronouns for genderqueer people (or anyone, for that matter).

Currently, I use all pronouns, which means I’m happy with people using she/her, he/him or they/them when referring to me. The best way to find out someone else’s pronouns is simply to ask them. Or better yet, include your own when introducing yourself. For example, “Hello, my name is ___, and my pronouns are ___.”

Can women be drag queens? You bet we can

I have some cute pronoun earrings from The Curated Lobe that I like to wear in whatever combination I’m gravitating towards on a particular day (without necessarily requiring people to use it).

Genderqueer and non-binary have quite similar meanings. In fact, before non-binary became a popular term, many people used genderqueer as a way of expressing their identity. (Remember how I mentioned that identities are constantly evolving?).

Non-binary means any gender identity which does not fit the male and female binary. For that reason, when filling out a form offering only three gender identity options (man, woman and non-binary), I tick non-binary as it is closely aligned with how I feel.

Genderfluid is another identity that some people feel has a lot of overlap with being genderqueer. For most genderfluid people, their identity is about changing or varying their gender over time.

My former spouse, Robyn Withawhy, identifies as genderfluid. She will either present as very masc or very femme (as shown in the photo) and will alter both her name and pronouns based on her gender presentation – Robyn (left) uses she/her, and Robin (right) uses he/him.

Is there a genderqueer flag?

Yes, genderqueer people have a pride flag, which is lavender, white and dark green. I love the colours in the genderqueer flag because there is a cute old-lady vibe to this colour scheme.

I especially love that this flag includes lavender because this colour has a long association with LGBTQ+ resistance. Apparently, dark green has also been historically used to represent a ‘third’ gender or being outside the binary, which is awesome, too.