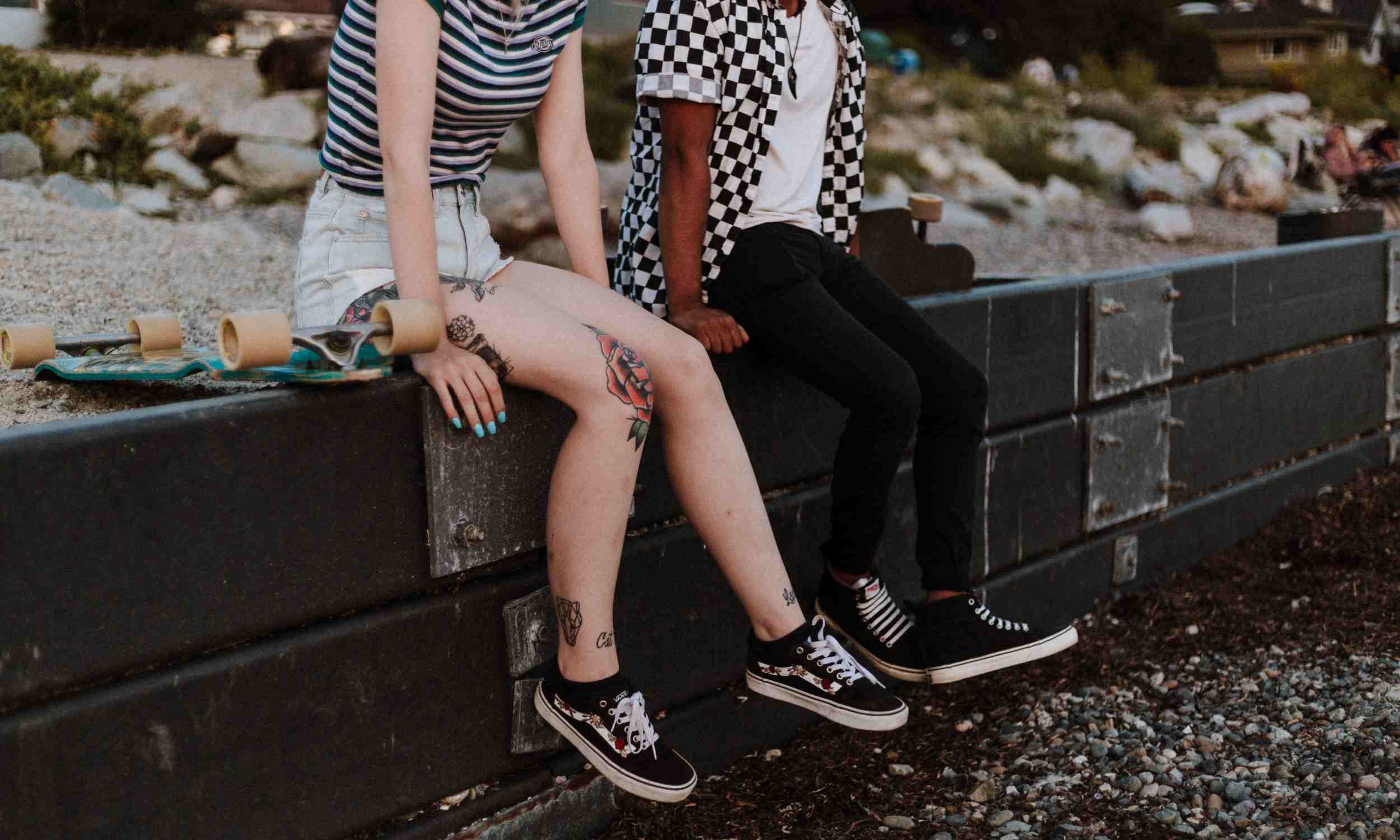 How to be friends with your ex

Being friends with an ex used to be something I found hard to imagine. I would sever contact pretty quickly and pretend like ‘we’ were never a thing. Honestly, Somebody That I Used To Know could have easily been written by an ex of mine.

Flash forward through twenty years of serial monogamy (and a few years of polyamory), and now I look at break-ups a little differently. Ending a relationship doesn’t feel like a failure but a healthy decision. I no longer see my exes as signifiers of loss but simply as people. Often awesome people that I’ve had the good fortune of journeying through a portion of my life with.

With this in mind, I’ve come to see my exes as potential allies rather than mortal enemies. People who understand my reference points and often still have my best interests at heart, which means that (given a generous amount of time and space) they tend to make good friends as well.

So, if you’re wondering how to be friends with your ex, then here is my guide to doing something challenging but very worthwhile. It takes work (on both yourself and your connection) and patience to transition a relationship into a friendship, but I don’t think you’d be reading this if you weren’t ready to give it a try, right?

Do you need to be friends with your ex?

Firstly, no. No, you do not need to be friends with your ex.

There isn’t anything wrong with wanting to end that connection when your romantic relationship ceases. You’re not a bad person for drawing a line and deciding not to try and transition it.

The best thing you can do right now is listen to yourself. How does the idea of being friends with your ex in the future make you feel? Fantastic? Delighted even though it seems highly unlikely? Or does it make you feel ill at the thought of it? Pay attention to what you feel, and don’t try and convince yourself otherwise. You know what is best for you.

Also, be wary of any ex who HAS to be friends with you. Who won’t give you space or tries to make you feel bad for not transitioning your connection into a friendship. They’re possibly struggling with something that doesn’t relate to you, be it a fear of loss or unwillingness to accept when a relationship is over. By being clear about your boundaries, you’re not only doing something good for yourself but for your ex as well.

Reasons I try to be friends with my exes (well, some of them)

People occasionally have a surprised reaction when I talk about my desire to be friends with my exes. As a society, we’re conditioned to think that this is an inconceivable idea when it simply comes down to the individual relationship. So, here are my reasons for wanting to pursue a friendship with most of my exes.

In twenty years, all the drama won’t matter

I have an ex that I dated for a few months in my early twenties. She then ghosted me (long before that was even a word), and I was pretty hurt. The thing is, to this day, we both pretend like we don’t know each other when we cross paths socially. Yup, two goddamn decades later. It’s honestly embarrassing that we’re both still so petty because all that pain means nothing now. I’ve learnt that in time I will probably care very little about what happened.

I date a lot of people

Having many partners = having many exes. If I want to actively date multiple people in London’s rather small non-monogamous and queer communities, then I’m going to have to get comfortable with seeing my exes regularly. It makes sense to have a positive and proactive approach to transitioning most of these relationships into friendships before starting them.

Breaking up is a very healthy choice to make, and if we can see the end of relationships in this way, our exes stop being symbols of our lack of success. We do ourselves a great disservice by viewing break-ups through this negative lens. Instead, allow them to be someone we know well who has the potential to be a different but still important source of support in our lives.

Your exes are part of your journey

When a close friend died last year, I felt the urge to reach out to an ex who had known them as well. However, we’d fallen out of touch nearly twenty years ago, and I felt sad that there were people who had once been so important to me that I could no longer contact. Perhaps it would have helped with my grief to talk to them? Who knows. However, it made me realise that our exes are touchstones to specific times in our lives, which comes to mean more as we get older.

It’s harder to do the work later, so do it now

Looking back, I could have made an effort to see if some of my exes and I could have stayed friends. If I hadn’t been so desperate to wipe them out of my life but had been willing to do the work on myself and on transitioning our connection, I probably wouldn’t be as regretful as I am now.

The above point made, I do think that the people I date now are more suited to being my friend after the relationship ends. I’m now more interested in dating good people with good intentions than needing my relationships to validate me as much as they did in my twenties. So, this makes the idea of being friends way more appealing.

Reasons you shouldn’t be friends with your ex

Sometimes, there will be exes that we can’t be friends with – and that is perfectly ok. Here are a couple of crucial reasons why you shouldn’t try and be friends with an ex.

You’re still in love with them

Be honest. Is the reason you want to work on maintaining this connection because you’d still, in an ideal world, like to be in a relationship with them? Well then, I’m afraid you’ll need a lot more time before you can consider being friends with your ex.

Do the right thing by yourself and let this connection go – at least for the foreseeable future. If your ex wants to be friends, then be honest. Tell them you still have feelings for them, and therefore that makes a friendship impossible any time soon. If they broke your heart, then I have a whole other guide for that. Trust me, now is not the time to pursue a friendship.

You no longer respect them

Sometimes, a relationship ends because we don’t like them as a person anymore. It can be for small or large reasons, but it’s not unusual to realise that you don’t have the same values along the journey of your relationship. Maybe they said some screwed up stuff that’s made you be like ‘oh, hell no’. Either way, if you don’t respect them anymore, there’s nothing you can do about that.

Friendships need to be built on mutual respect. If that isn’t there, then don’t push yourself to be friends with your ex. You can choose whether or not to be honest with them about this, but don’t simply say ‘I no longer respect you.’ Instead, try to be clear about what it was that’s made you feel like you have different values, especially if this wasn’t the main reason why the relationship ended. At least they will know why.

How to make travel friends on a solo adventure

You’re under no obligation to be friends with an ex who was abusive to you in any way. Don’t put that pressure on yourself. Nothing you can do in the present will make their actions ok in the past. In a situation like this, you need to do everything you can to take care of yourself, not them, so try finding resources to support you.

They’re being a dick since you broke up

Some people don’t handle break-ups very well. While they may have been an excellent partner, now they might be behaving like a right wally. You can try talking to them about it – but you don’t have to. If they’re not ready for friendship, leave them be.

They don’t want to be friends

There’s nothing you can do about this. Respect their needs and give them space. I have a recent ex who I would like to work with to create a friendship, but they aren’t up for it. Maybe they will be one day, or maybe they’ll never be ready for that. Either way, I respect that this is their choice and would only want to be friends if this is what they truly wanted as well.

How to be friends with an ex

Every relationship is different. So is every break-up. As is every relationship that transitions into a friendship. There’s no set way to do this, but here are some of the things I’ve learnt from being friends with my exes.

📷: all images by Priscilla du Preez on Unsplash