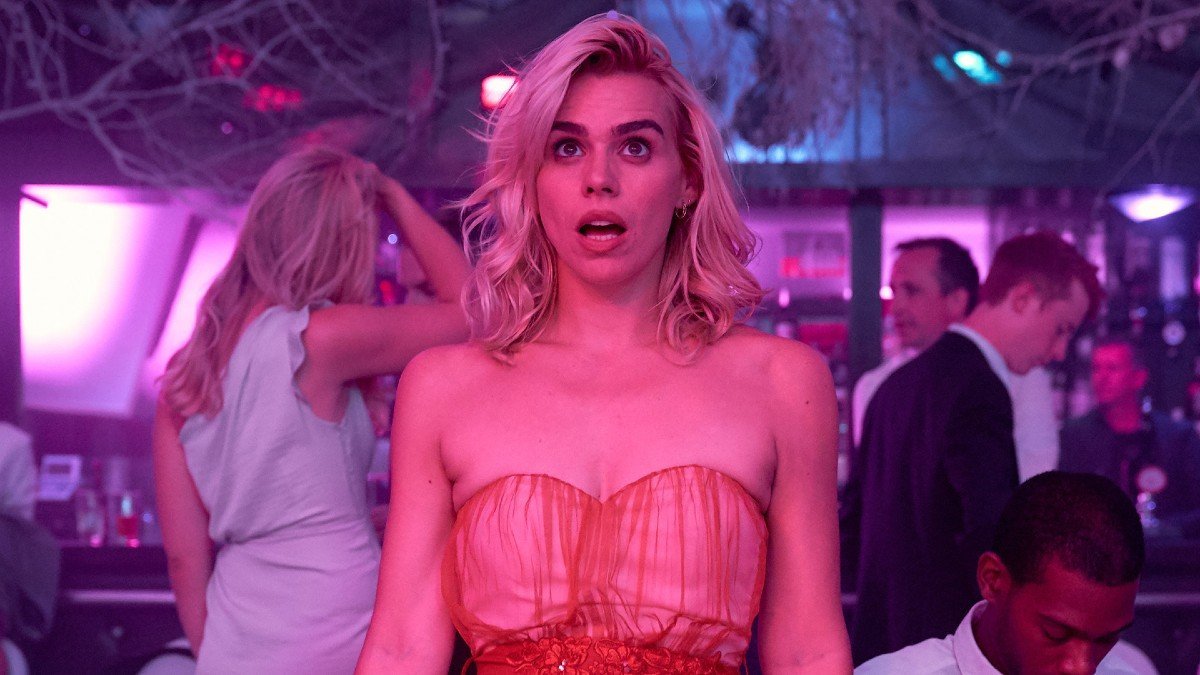 Permanent Mega Truth: how I changed my approach to PMS

While watching the dark comedy I Hate Suzie last summer, I was presented with an idea that initially made me laugh – and then made me think. The TV series follows Suzie (played by Billie Piper), a 30-something actor going through different stages of grief as she tries to process a traumatic event. In the final episode, her best friend Naomi (played by my new favourite crush, Leila Farzad) discusses her theory that the best time to make a decision is just before your period. Renaming premenstrual tension as ‘Permanent Mega Truth’, Naomi sees this as a moment for transformational clarity and authenticity.

For about a week after I saw this episode, I couldn’t stop talking about it with other people who menstruate. I was outwardly very amused by this reframing of the premenstrual experience – and inwardly quite shocked. Here was a theory (which was simply a clever joke by the amazing scriptwriter Lucy Prebble) that entirely contradicted the way I lived my life. It suggested I should trust my inner voice when I was experiencing premenstrual syndrome (PMS), rather than seeing myself as unreasonable or nonsensical. For me, this was a revolutionary idea.

2022 UPDATE: I no longer identify as a woman but as genderqueer.

Learning to hold space for me

Of course, this Permanent Mega Truth theory didn’t just spark with me for no reason. It came at a time when I was finally, at the tender age of 39, starting to hold space for myself, my feelings, my wants and needs. I’d only recently begun to understand that the anxiety I had struggled with for decades was a physical symptom of my unexpressed feelings. A push notification from my body that there was something I really needed to talk about, but wasn’t.

So much of my adult life had been shaped by situations where I hadn’t held space for myself. Where I hadn’t spoken my truth. Where I’d put my wants and needs aside for fear of loss or retaliation as an outcome of valuing myself. It’s no wonder that I spent over five years in my 30s with constant anxiety-induced chest pains from trying to repress my voice.

The only time it would all come tumbling out was when I was premenstrual. Then, I would quickly work to stuff it all back in again, decrying the legitimacy of what I had expressed as being something ‘I said when I was premenstrual’. I would turn back in on myself and continue ignoring my wants and needs. I had done this for the better part of two decades.

It’s only in the past year that I have found myself at a point of no return when it comes to my truth. Not surprisingly, I’d become mentally and emotionally exhausted from not holding space for myself, as one life event after another had gone painfully wrong because I didn’t advocate for my wants and needs. On the upside, I’d also finally found myself surrounded by people who actively encouraged me to express my feelings, made space for and valued them.

This has made an enormous difference in my life.

As a result, I began meditating, journaling, and actively addressing how I felt. This was (and continues to be) a really difficult thing for me but every time I do it feels like a tiny victory. Sometimes my inner voice feels hard to access but I’ve realised that when I’m premenstrual it’s one of the easiest times to hear it. It’s like PMS turns the volume up on my inner voice, sometimes all the way to 11.

I have started working on listening to myself more intently on an everyday basis so my inner voice doesn’t need to shout quite so loud to get my attention each month. Yet, when it does I now know to listen. To say ‘Ok, I hear you loud and clear.’ To stop and recognise that there is a part of me still fighting to be heard, battling against the toxic socialisation I have inhaled that tells me that as a woman I should be easygoing, selfless and agreeable.

Of course, being premenstrual isn’t some amazing moment of divine energy where everything feels suddenly clear and easy. In fact, for a lot of people who menstruate, it’s their least favourite event in their calendar. A couple of days of misery, pain and all-around crappiness.

Historically, PMS was seen as something imagined and anyone who reported symptoms was told it’s ‘all in their heads‘. So this distrust of what we experience when we are premenstrual goes way back, even though 80% of people who menstruate experience one or more symptoms during each cycle. For a small percentage, these symptoms are so extreme that they have premenstrual dysphoric disorder (PMDD).

For me, the main symptoms are dark depression, noticeable irritability and crying at pretty much everything. The drop in serotonin levels that occurs as your cycle moves into the premenstrual phase is apparently what causes this. During this time, my body and mind feel like they are under siege, as I try and ride out the waves of attack before I begin to menstruate.

How to be fabulous when spending Christmas alone

So how can I somehow be wiser at a time when my brain is sending such awful messages around my body? For me, it is simply a case that the energy spent trying to somehow function normally in life while experiencing PMS means I have zero fucks to give. My defences are down, I am running on reserve power and have to resort to functioning with only key messaging. So my inner voice comes through loud and clear. My Permanent Mega Truths make themselves known.

I have spent so many years trying to convince myself that the way I feel when I am premenstrual is irrational. That I am not to be trusted during this time. Worst of all, I have tried to convince those around me that the wants and needs I expressed when I have PMS are not to be trusted either. That I would soon return to ‘normal’, where I would value their needs above my own.

I have fought against myself by trying to contain my true feelings, to work around them, to push them aside and prioritise the wants and needs of those closest to me. No wonder they come bursting out each month, as my body transitions through its cycle. So much of my physical, mental and emotional energy is suddenly channelled in different ways, making it way harder for me to bottle up how I truly feel.

Looking back on my ‘irrational’ behaviour from the past, it turns out that the questionable feelings I expressed when I was premenstrual were truly how I felt. Relationships I tried to end (but then backtracked on once I felt ‘normal’ again) were indeed unsuitable connections for me. Feelings I expressed (but then tried to claim were ‘influenced by my hormones’) turned out to be genuinely how I felt but was afraid of owning at the time. As time has gone on, retrospect has shown me that the regret I felt at the time was simply my unease about prioritising my needs.

My journey now is to hold space for myself, listen to myself and express myself. Especially when I am premenstrual. I am ready for my Permanent Mega Truths.