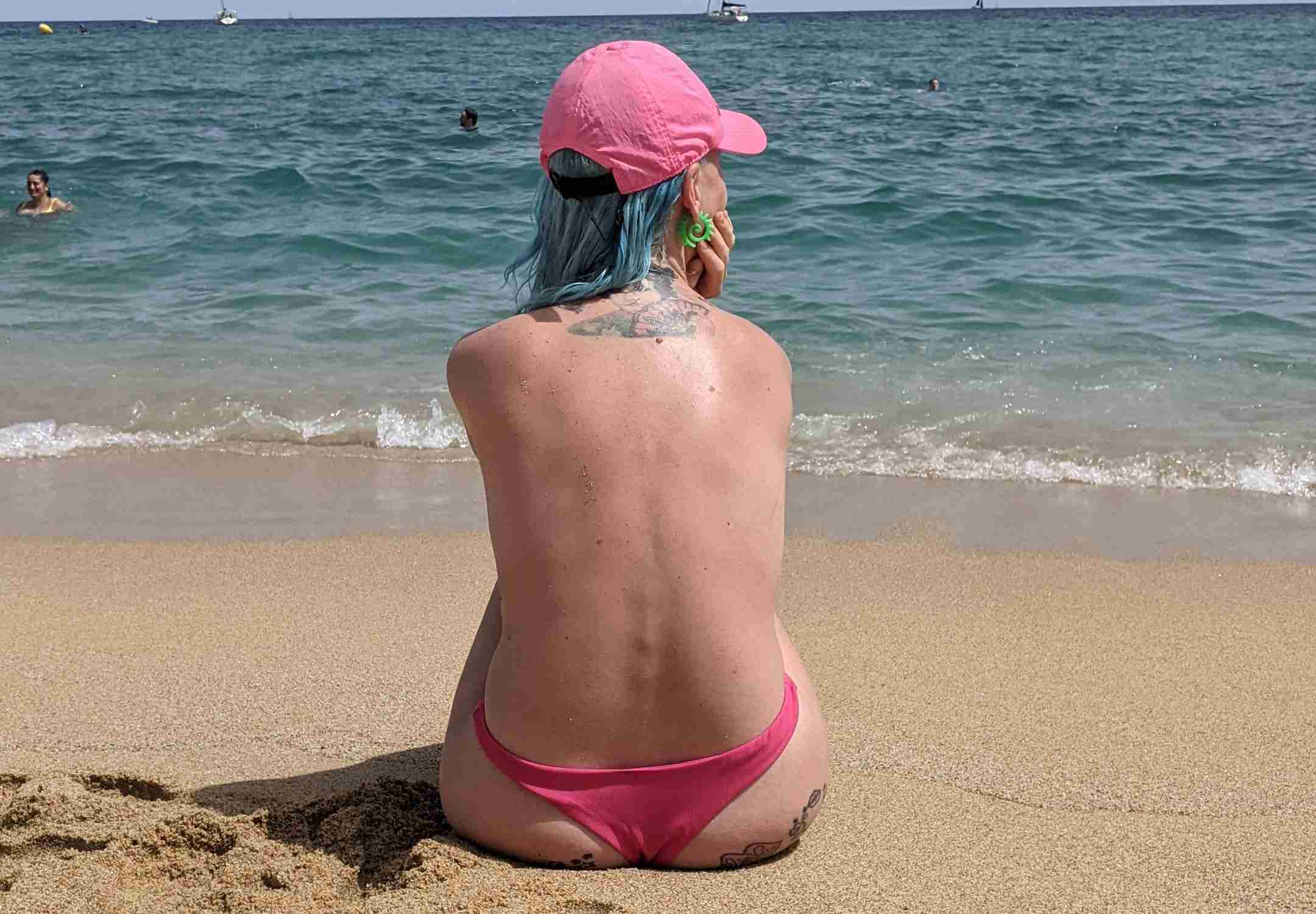 Why I am always solo, no matter what my relationship status is

I remember in 2015 when Brighton-based author Sophie Tanner married herself in a public ceremony to celebrate what she described as ‘sologamy’. It made news headlines at the time, and I (then smugly married to a partner but not entirely happy about being monogamous) quietly thought this was a bit sad. Why was she bothering to make such a public commitment to herself?

Flash forward seven years, and now I get it. Completely. While I’m in no rush to get married again after my recent divorce, making a formal commitment to myself is something I could easily imagine doing. So, what has happened in the past few years to cause such a sea change within me?

When I began transitioning into polyamory nearly four years ago, I quickly realised that I didn’t want to prioritise one partner over another (known as hierarchy). Soon after, I realised I no longer wanted to cohabit with future partners. After 13 years of living with various lovers, I now wanted to hold more space for myself in my relationships, both physically and emotionally, rather than assuming I had to keep merging my life with every significant romantic partner who entered it.

Approaching non-monogamous relationships in this way is known as solo polyamory. You still have committed romantic connections but don’t default toward the social script that you must live together, get married and have babies for this relationship to be valid. As Meg-John Barker suggests in Rewriting the Rules: An Anti-Self-Help Guide to Love, Sex and Relationships, solo monogamy is also an option. Focusing on giving time and energy to yourself consciously and proactively, which can include decisions like not cohabiting with your partner.

For me, choosing this polyamorous identity was the first time I had seen myself as a solo entity. While I was still pretty hooked on the idea of needing a relationship to make me complete, I had started on a journey that would help me understand that I was already whole.

One of the interesting experiences of having a solo identity is that I’ve realised how centring it is no matter what is happening in my romantic life. As I flow through various states regarding partnership, I no longer have this sense of ping-ponging between being ‘taken’ and ‘single.’ I continue as I am, no longer defined by who is or isn’t in my life.

Part of the reason for this is that as a polyamorous person, I’m never really ‘single’ in the sense of having no love connections in my life. For example, I haven’t been in a committed relationship for the past three months but have still been in love with someone who shared my feelings. Even around the time I turned 40, when I wasn’t officially seeing anyone for six months, I was unofficially still seeing a romantic partner. We later admitted to ourselves that we had, in fact, been in a relationship that entire time.

This blurriness resists definition within the ‘single/taken’ binary that our society operates around. One that is much more important in monogamy than non-monogamy because it operates upon the need for exclusivity. Hence, our mononormative society needs people to be defined by their relationship status. And for some, it truly comes with a sense of status, with married people given various benefits, such as tax breaks.

For single people, our society is particularly callous to them. Whenever I listen to Shani Silver’s excellent A Single Serving Podcast (recommended by my lovely friend Cindy), I hear the sense of powerlessness unpartnered people feel. How they are treated as a problem that needs to be solved. As if they are somehow failing at life and have no value until they find their ‘other half.’

Think back to my smug judgement of Sophie Tanner. How I automatically assumed that this was the act of someone who couldn’t find a husband rather than a conscious and healthy choice someone had made for themselves. A knee-jerk opinion heavily informed by society’s messaging rather than a considered response.

Perhaps because people already make assumptions about me for being polyamorous (that I’m afraid of commitment, for example), I resist the additional judgement that comes from labelling myself as single. However, it isn’t how I see myself. It may be years before I meet someone I want to deeply invest my emotions, time, and energy with, but I’m glad that no longer feels like an issue for me.

I’ll keep on being me, no matter how things flow on my journey. Solo. Not single. Never taken. Never alone. Belonging wholly to myself. Now that’s something actually worth celebrating.