5 Things I learnt in Stockholm

I had such an amazing summery weekend in Stockholm. What a brilliant city! If you’re thinking about booking a trip to Stockholm, take a look at these five things I learnt from travelling there.

Check out my full Stockholm map and city guide here!

1. Be careful which airport you book

Stockholm has 4 airports: Arlanda International Airport (the main airport so it is also known as simply Stockholm Airport), Bromma Airport, Skavsta Airport and Västerås Airport. As you can see on the map below, Arlanda and Bromma airports are really close to the city (about 20 minutes transfer time) but both Skavsta and Västerås airports are approximately 1hr 20 mins away. 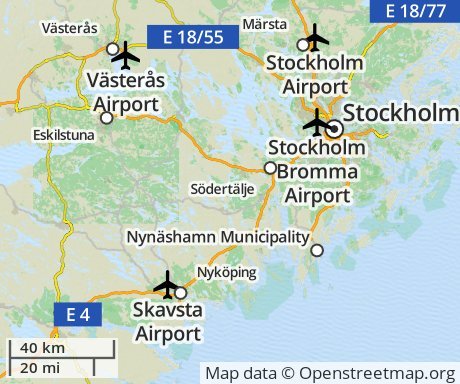 Not only can this really add to your travel time but also to the price of your trip. The main way to get to any of the airports is with the coach transfer service Flygbussarna, which runs to and from Central Station. Pre-booking online in advance, return tickets are currently 198SEK for Arlanda, 150SEK for Bromma, and 278SEK for Skavsta and Västerås. So you can end up paying nearly double for the distant airports, which is something to keep in mind when considering the budget airlines that use these airports. The Flygbussarna is also the only direct public transport option for Skavsta/Västerås and they don’t run a regular service, just one coach to suit each flight, so if you miss this option you’re basically stuck (unless you’re able to pay the £350 that Holiday Taxis quoted me for a one-way trip to Västerås). So if you’re an anxious traveller like me, you might find these airports a little panic inducing!

Bromma can also be reached by the local bus service and you can use local trains to get to and from Arlanda. Taxis are also an option (although much more expensive than the coach service) and Arlanda has an express train service, which is significantly cheaper if you book 3 months in advance and for 2 or more people. One person return is currently 540 SEK but booking for 2 people well in advance is only 304SEK each, so just book your transfer when you book your flights!

2. Many places are card-only 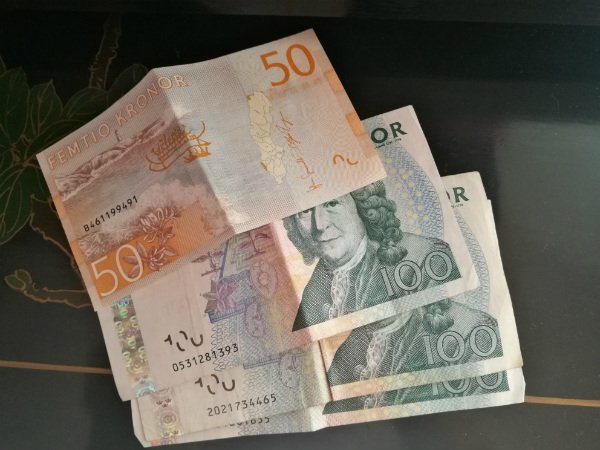 I have never come back from a trip with so much cash on me! I’d read that Stockholm is a very card-friendly city but I didn’t realise quite how many restaurants and bars are card-only. I would definitely recommend only taking 30-50% of your spending money in cash, as every brunch spot and all the outdoor bars I went to did not take cash payments. Thankfully, my fave currency exchange in London, Thomas Exchange Global (they have such good rates even the Post Office staff tell you to go there instead), will buy back any currency at the same rate.

3. Lots of businesses shut over summer… 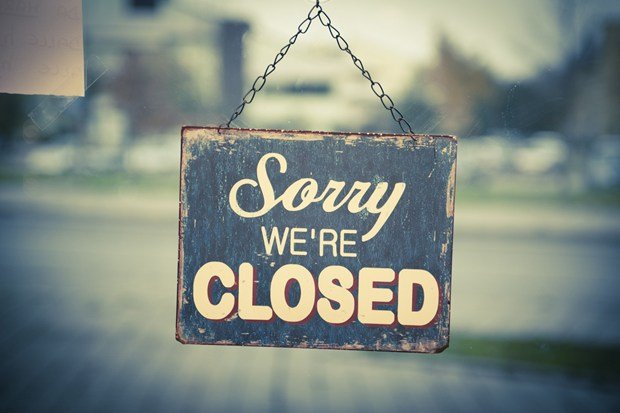 On my first evening in Stockholm, the first 3 restaurants I attempted to visit for dinner were either closed for the whole of July and part of August or had very reduced hours over summer. This was a very common experience throughout the whole weekend and whilst there were still ample places to eat and drink, I wasn’t that surprised as the city was very quiet. Obviously, a large proportion of the population of Stockholm leaves the city for summer holidays in July and early August (as happens across most of Europe) so it makes sense. 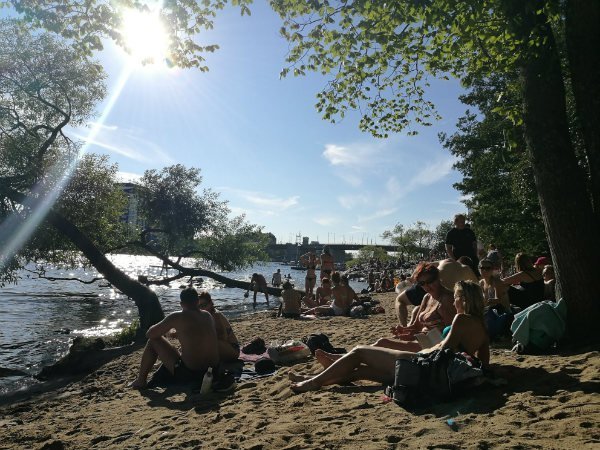 Even though Stockholm only experiences as many sunny days as Scotland does, they really know how to embrace summer. It helps that it is a much cleaner city than London, so not only does the sun feel brighter in the less polluted air, wandering around the city and sitting in parks feels 10 times nicer on a summers day too. But what really surprised me, is what an outdoorsy country Sweden is! For such a cold climate, they have lots of places to swim and parks to lie in; I saw lots of boats, jet skis and open-top cars, and just generally felt like everyone in the city knew how to make the most of the limited amount of summer they experienced! My friend and I couldn’t work out where everyone was in Stockholm as the temperature soared close to 30 until we head down to the water’s edge to discover thousands of people swimming, diving and generally enjoying the incredible weather.

Fabulous reasons to travel every month in 2018! 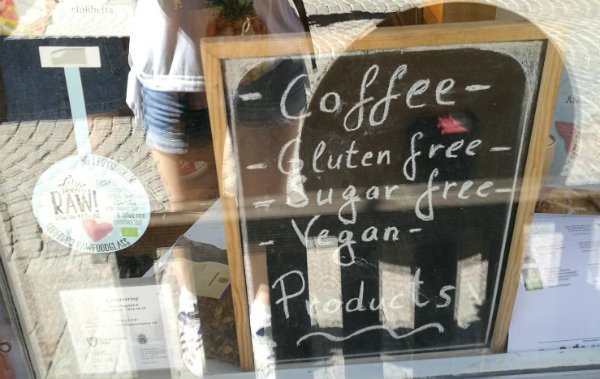 Let me just start by saying that McDonald’s has gluten-free buns in Sweden. I didn’t eat one but that fact is probably the clearest indication of how integrated gluten-free options are into the Swedish culture. I also saw multiple gluten-free bakeries (or ones that offered options alongside their normal gluten ones) which is great considering the size of Stockholm’s population. There is an abundance of cafes and restaurants with menus marked clearly with GF options and I felt very comfortable to ask anywhere that didn’t because of the general vibe of understanding. Stockholm gets two-thumbs up from this gluten-free traveller!

Check out my full Stockholm map and city guide here! 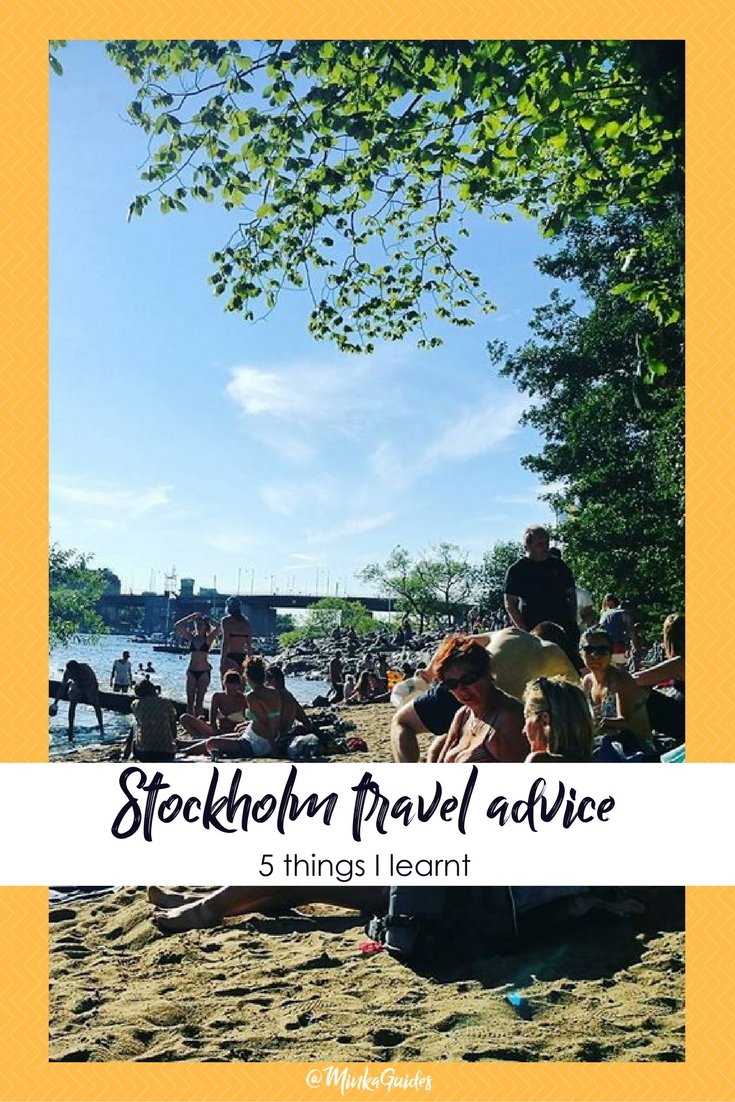