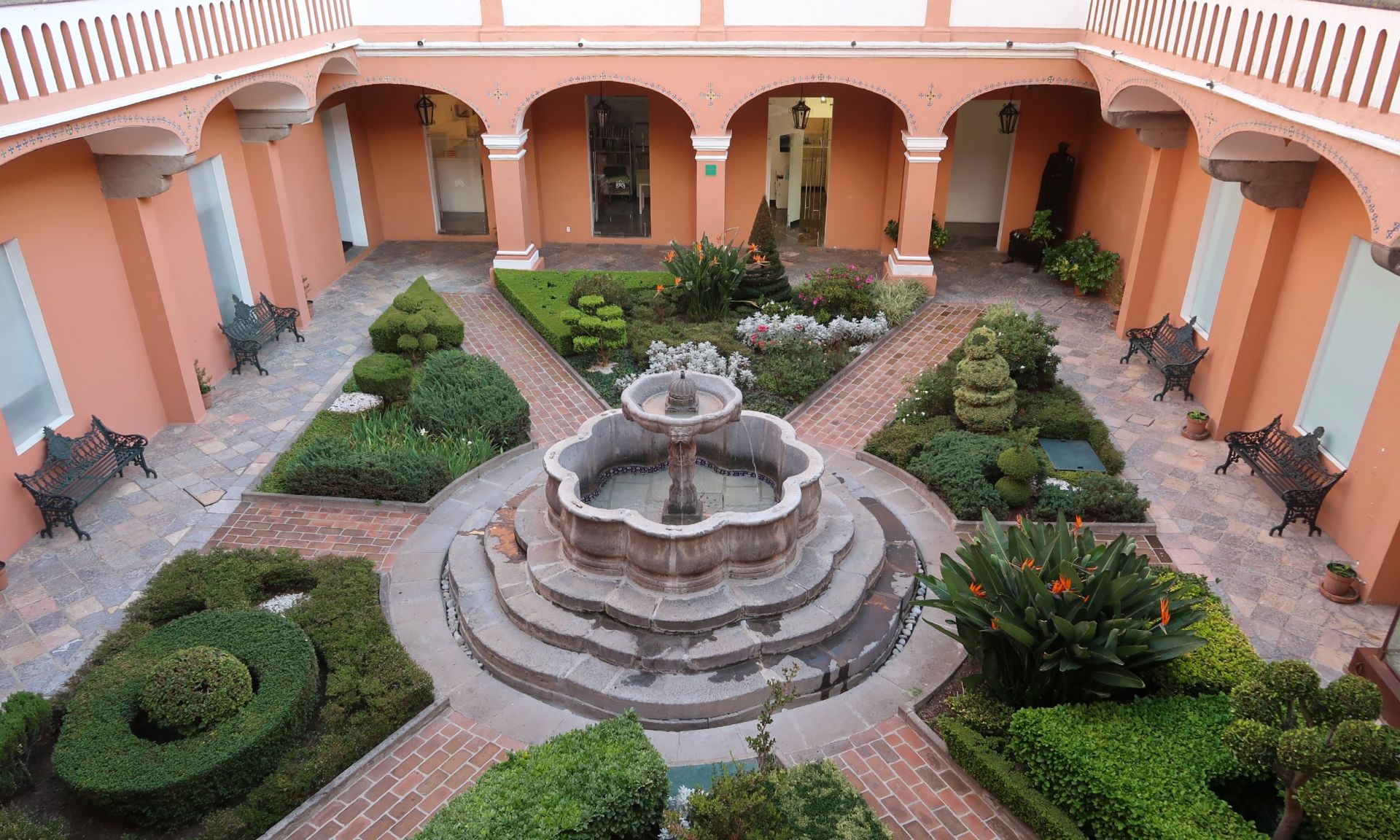 Fabulous things to do in Puebla, Mexico

If you’re spending time in Puebla, then you are in for a treat. This city is teeming with history, from pyramids to Baroque churches, great battles, to ceramic design. You can easily spend a few days exploring the fascinating elements that make this city a hidden gem. I think it has more to offer than a day trip from Mexico City, which is why I’ve put together this list of fabulous things to do in Puebla – plus one place I personally think you should skip.

This museum was my favourite place I went to in Puebla. Housed in two colonial-era buildings in the city’s centre, the Museo Amparo is home to one of Mexico’s most important pre-Hispanic art collections. I was amazed at some of the pieces they have, plus how well-preserved and displayed everything is. The museum also does an excellent job contextualising the era of this collection—an enormous timeline showcases what was happening in other parts of the world around the same time.

In addition to this permanent collection, they also have multiple other galleries showcasing the modern and contemporary art collection, plus other temporary exhibitions (often by Mexican creatives). There is also this fascinating section where the house’s original kitchen and living spaces have been preserved, so you can view what the dwellings were like of the Espinosa family who once lived there. The kitchen is charming and gives you a real sense of a traditional cocina.

I also really loved the enormous terrace on top of the museum. I highly recommend spending a couple of hours in the afternoon exploring its many collections and then enjoying a drink on the roof afterwards to watch the sunset over Puebla. It has a beautiful view across the rooftops of the historic centre and is truly one of the city’s hidden gems.

The museum is currently free, although it was previously 35 pesos (about $1/£1) to visit on weekdays. Perhaps after Covid times, they will start charging again? Either way, the Amparo is a must-visit for anyone looking for fabulous things to do in Puebla.

On the outskirts of Puebla, you’ll find the fascinating city of Cholula, where the world’s largest pyramid (in terms of mass) once stood. If you’re an ancient history buff like me, you’ll find Tlachihualtepetl fascinating. If archaeological sites aren’t your thing, you may find it quite dull as most of the pyramid is buried underground.

The reason for this is that upon hearing that the Spanish conquistadors were on their way to Cholula, the Aztecs wisely covered the pyramid in the soil to protect it from these brutal colonisers. They did such a fantastic job that the Spanish thought it was a mountain and built a church on top of the pyramid. It’s important to note that this was after the conquistadors massacred thousands of Aztec people in one of the most ruthless attacks in their pursuit to conquer Mexico.

These days, Cholula is a small but vibrant city with a surprising array of restaurants, bars, and shops. You can catch the tourist train to Cholula and back, which is lovely and free. It takes around 40 minutes but only runs a couple of times each day, so I recommend getting to the station at least 20 minutes before your preferred time, as it can get swamped.

One of the best things I did when I was in Puebla was to go on this free walking tour. My guide Jos was so lovely and passionate about his home city, and this tour had one of the best structures (and bonus freebies) that I’ve ever experienced. There was a free mole tasting, traditional sweets, and a local baker even would have given me bread fresh out of the oven if I wasn’t, unfortunately, gluten intolerant.

The Artist’s Quarter was one of the most memorable areas Jos took us to. A colourful, creative part of the city, filled with little small artists studios that face out onto the street. I also really loved the Génesis statue, with its perfectly sculpted butts. It’s one of the most charming areas of Puebla to walk around, so definitely worth a visit.

This library was another stop on the walking tour, exploring the Casa de la Cultura. Upon seeing the Biblioteca Palafoxiana, I was surprised by how much it reminded me of the Livraria Lello & Irmão in Porto (although this library in Puebla is about 200 years older than the iconic bookshop in Portugal).

Founded in 1646, the Biblioteca Palafoxiana is the oldest public library in the Americas. Previously, only clergy members had access to collections like this one. However, Bishop Juan de Palafox donated some 5,000 books to create this library so that anyone would have the opportunity to study the arts and sciences.

The beautiful design of the library and book museum makes it instantly Instagram-worthy. You can grab a quick snap standing at the door, but I recommend paying the 40 pesos (about $2/£2) to get in as it is quite a spectacular space to be inside. Among the collection of books are some incredibly old and rare titles, including some of the first titles printed in Mexico.

Two things to do in Puebla I missed

On my walking tour with Jos, we went past this museum, and I was fascinated by the visible remains of history. Bullet holes puncture the entire facade, left by the police after discovering a plot for an armed uprising. On 18 November 1910, the police in Puebla set upon this house, where the politically-active Serdán family lived and had a shoot out with them. This battle caused a revolt that spread throughout the country, leading to the Mexican Revolution.

Puebla is filled with opulent churches, but this one looked particularly eye-catching. Built during the 17th century, it was originally referred to as La Casa de Oro (The Golden House) and was immediately called the ‘Eighth Wonder of the World’ upon completion. Considered one of the most outstanding artistic-religious achievements in Mexico, I am pretty bummed that I didn’t get a chance to check it out.

One thing to do in Puebla I didn’t like

Opened in 2016, this very modern museum explores the Baroque era, drawing solid links between the many extravagant churches in Puebla and the flourishing period of the arts in Western Europe.

I had high expectations for this museum, especially considering the gorgeous design of the building, so I was happy to make the trek to the Atlixcáyotl district it calls home.

Sadly, I quickly found it to be all style and little substance. The museum’s modern design tries to sell you the idea of the Baroque style. Still, the main exhibition contained too many replicas and contemporary pieces to be truly representative.

In addition to this, I found the messaging of the exhibition as a whole to be quite problematic. It seemed to suggest that colonisation was a progressive force for good and that aristocrats travelling to foreign counties and stealing artefacts were the height of sophistication. At no point were these ideas contextualised as reflective of views of the time rather than now.

The more I saw of this exhibition, the faster I walked around it. I honestly couldn’t wait to leave by the end. I don’t believe it’s worth journeying out to see unless you have a particular reason to visit – and then, only on Wednesdays and Sundays when it is free.