South London’s fabulousness may not be immediately apparent to a newbie, but you just need to scratch the surface to see the wonders it has in store. It’s not as showy or in love with itself as the other parts of the city, but I would argue that it is the real London – it’s authentic beating heart. And thus, you can find some of its best and longest-running clubs and venues here. So here are my recommendations for fabulous things to do in South London. Use these as your starters guide and you will discover a world of quirky and queer amazingness around every corner.

Looking for more? Check out my South London city guide! 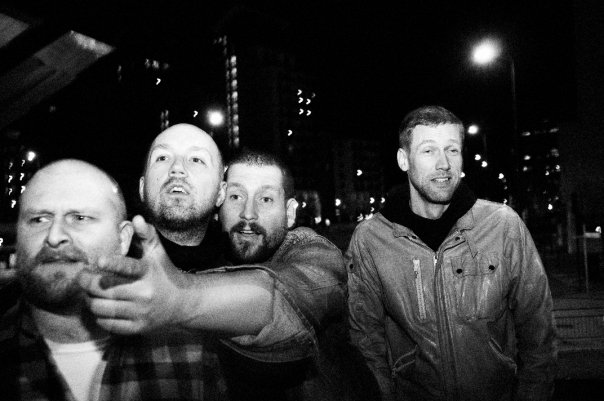 Let’s start at the very beginning, a very good place to start: if there’s one club in South London that you shouldn’t miss, this is it. Every Sunday night without fail these guys bring pure, unadulterated disco goodness to the Eagle in Vauxhall. James Hillard, Jim Stanton, Filthy Luka, and Severino (all pictured above) kickstarted HMD sometime around 2004 and have since gone on to become some seriously in-demand DJs, playing freaking everywhere and everything. The queues for the club on Bank Holidays are legendary, as Sunday nights aren’t an option for most working folk. (My strategy is to get there at 7pm, have a G&T in the queue till doors open at 8 and then chill in the lovely beer garden till things kick off properly around 11ish. Otherwise, you could end up queuing all night). Make sure your visit to London includes a Sunday night so you can experience this legendary night. 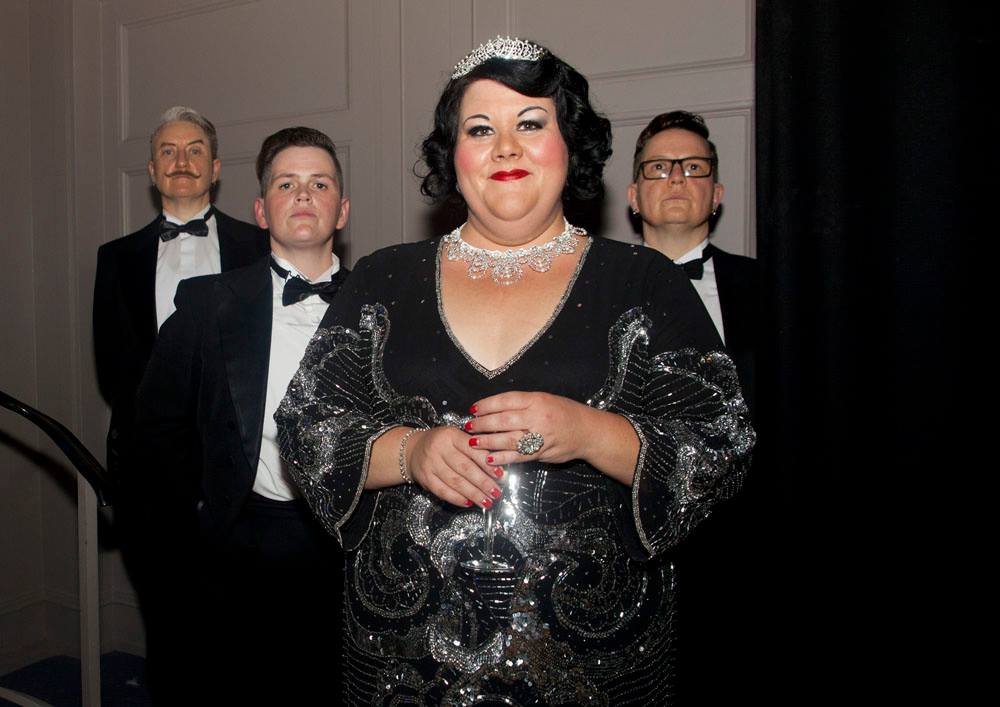 Don’t let the Downton Abbey attire fool you, this is pure working-class entertainment. If there is one South London club that can outdo Horse Meat Disco in length of fabulousness, then it is Duckie. Having just clocked up a whopping 21 years, which was celebrated with an extraordinary mix of fire-breathers, OAP tap dancers and drag queens, it is rather wonderful and special treat. Every Saturday night at the Royal Vauxhall Tavern you will find a night of boundary-pushing performance and künst-disco.  Headed up by London’s new Night Czar, the divine Amy Lamé (more about her below), you can usually catch regulars such Scary Mary on the door and the Readers Wifes behind the decks. 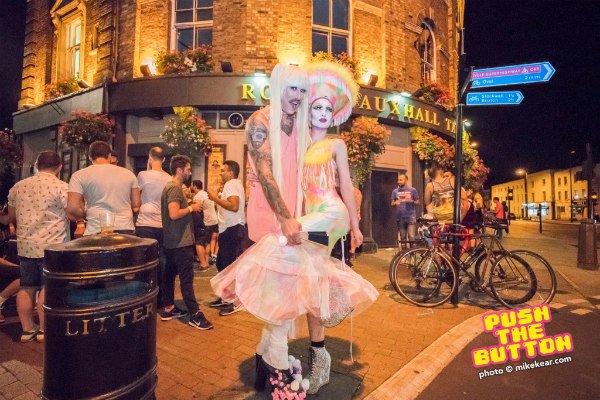 I used to work with this guy who never shut up about this club. To him, it was a trashy pop paradise, and he went every.single.time it was on. Anyway, years later, I finally went and checked it out recently at the Royal Vauxhall Tavern and yes Rich was right. It IS great. If you’re a fan of the finer points of the last 2.5 decades of the UK pop charts then you will love this club. They literally had to drag me off the stage I was having so much fun lip-syncing to Little Mix. Plus their house queen is the lovely Cola Phalquero, London’s sexiest cockroach (pictured above in human disguise).

My friend Alex says describes this Wotever World party as “one of the best nights out in London with the hottest ever girls in suits and wife beaters.” There’s a whole load of arm wrestling and drag kings going on at this night, which makes it great in my books. The parties happen 2-3 times a year at the Royal Vauxhall Tavern and if you do have a high appreciation of female masculinity, then you can join their Facebook group.

Every March, London is blessed with a really good LGBT+ film festival at the British Film Institute. So good, in fact, that you will often get to see most of the queer films that are currently on the film festival circuit long before they ever get a cinematic release (if they ever do). A great example is a new film The Pass: it’s out in cinemas today but you could have seen it here in March. The quality of the programming is what really makes this film festival amazing; they aren’t showing any and every LGBT+ film that has been made in the last 12 months but the best ones that you will love. Tickets usually go on sale early in the year so subscribe to the mailing list so you don’t miss out on some fresh cinematic treats. This brand new LGBT+ club night launched in late 2016, so I don’t know much about it yet but everything they’ve put online so far has made me very excited to check it out! Their next party is on April 22nd in Peckham. 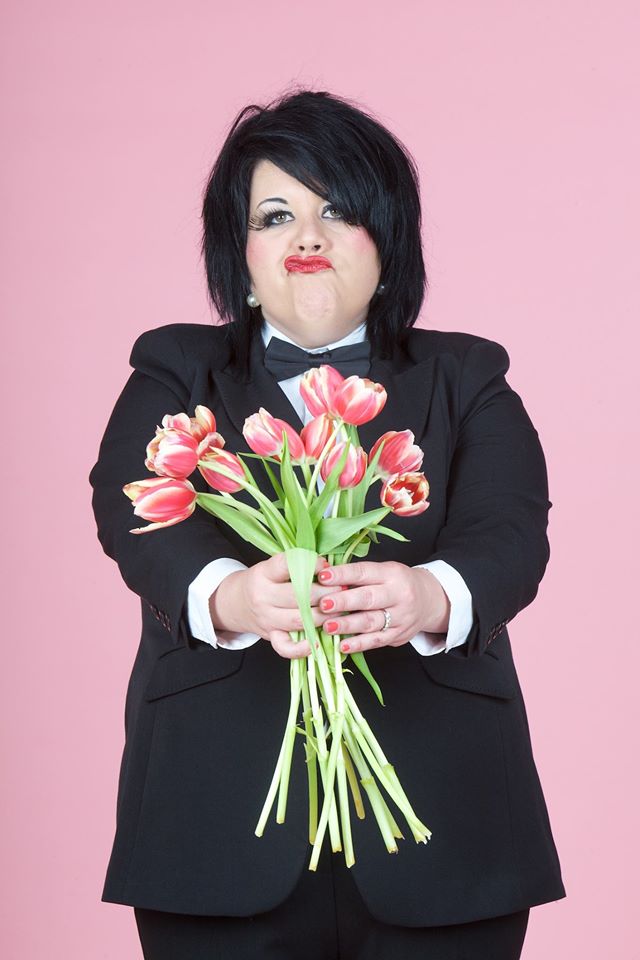 Hailing from Keyport, New Jersey, Amy Lamé is London’s new Night Czar. But before any of that happened, she was working her ass off as hostess-with-the-mostess at Duckie (see above), radio presenter on BBC London and 6 music, a TV presenter on shows like My Big Gay Prom and a performer of a number of one-woman shows. She’s a huge inspiration and a total powerhouse, so it is very exciting that she will be working to protect and preserve the night-life of London in her new role. YAY Amy! 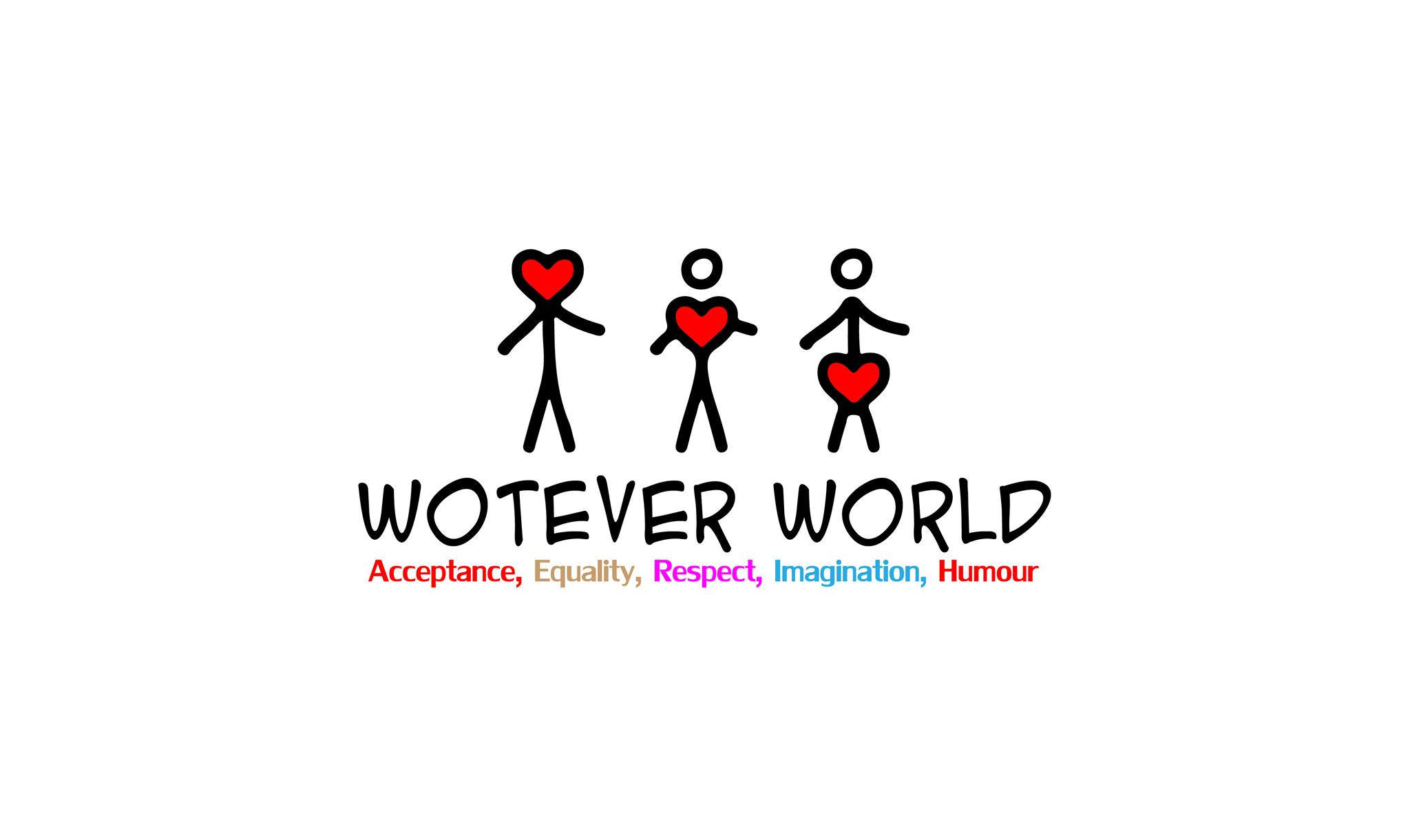 If you’re looking for positivity and creativity, then Wotever World is for you. I’ve added them under icons because this collective really is iconic. Just check out their manifesto and list of performers on their website below. Whilst, not all their events are in South London, I really associate them with being over the river these days because their most regular event, Bar Wotever, is now at the Royal Vauxhall Tavern on Tuesday nights. 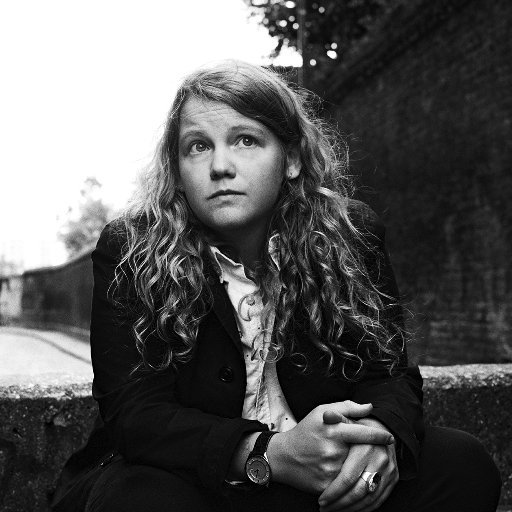 Born and raised is Brockley, this South-East London poet, spoken word artist and playwright deserves a very special mention. Obviously, these days she tours and performs all over the world, but Kate Tempest is definitely an icon of this part of London, especially as she went to high school in Greenwich and Croydon before graduating from Goldsmiths University in New Cross. She’s best known for her albums but has also written a book and in 2013 she won the Ted Hughes Award for her poetry collection, Brand New Ancients. If you get the chance to see her perform live then don’t miss it as she will blow you away.

Best known for her work with East London club, Sink The Pink, drag queens don’t get any more South London that Leona Lewisham. Not only did she come of age down south but she’s named after one of the city’s south-eastern boroughs, Lewisham. Leona is one of the most electrifying performers you will ever see – as captured in the video of the incredible performance she did to snatch the Miss Sink The Pink crown in 2013. She’s also one of the loveliest people I know and I am so happy to call her my friend. Whilst she hasn’t been seen onstage much this year, I have a feeling that 2017 is going to a really big come back for her. Let’s see her on some South London stages, yeah? 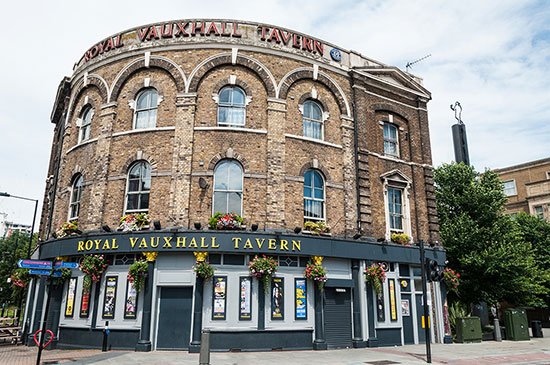 Where would we be without the RVT? That’s what London had to ask itself recently when we came dangerously close to losing it. Thankfully, a great campaign run by the community saw the building given a grade II listing last year and our new mayor Sadiq Khan calling for the building to be protected from developers this year (yay Sadiq!). It’s definitely not out of the woods yet though but as it is the UK’s oldest LGBT+ pub and host to so much amazing queer culture (have you seen how many times it’s been mentioned above?) then it is by far one of the cities biggest treasure and definitely worth protecting. One of the most famous legends about this pub is that Freddie Mercury snuck Princess Diana in here one night by dressing her up in drag as a male model. It was also the natural choice for the drag queen scene in the recent Ab Fab Movie. A landmark venue that should be the first stop on any fabulous travellers trip to South London. 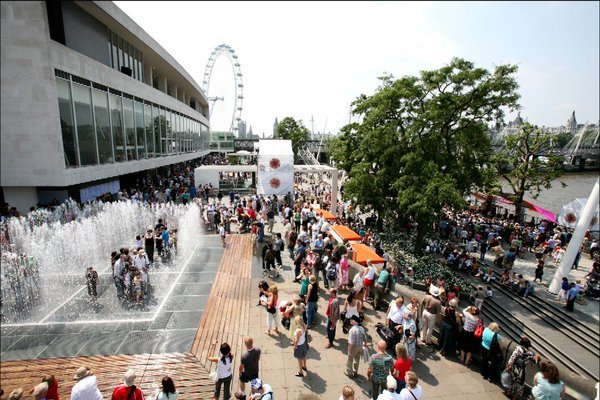 The south side of the Thames is host to all manner of amazing venues – both permanent and temporary. There’s the British Film Institute, which holds the Flare film festival (above), Dandelyan Bar, Tate Modern, Shakespeare’s Globe, National Theatre, Royal Festival Hall and Queen Elizabeth Hall. Plus, depending on the season, you can often find a temporary venue next to the Southbank Centre. In the summer there’s London Wonderground, which hosts a whole variety of queer cabaret acts every night from May till September. And right now, in the middle of winter, you can go to the BUMP rollerdisco, which is seeing the likes of queer venues and DJs like Clam Jam, Dalston Superstore and Severino from Horse Meat Disco (above) take over the decks.

This is where I saw the incredible Penny Arcade do her Bitch! Dyke! Faghag! Whore! show and it changed my life. The fact that this venue will stage amazing productions like this should be enough in itself to recommend it. On their bill currently is a season of the play Fucking Men and a night of performance as a response to the Orlando nightclub shooting. So pretty awesomely queer in terms of their content then. 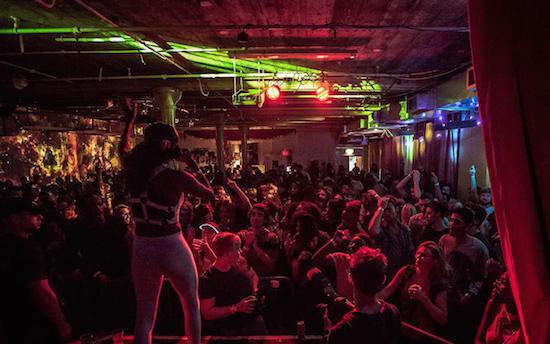 The CLF Art Cafe, more commonly known as the Bussey Building, isn’t a queer venue but is a fun, multi-level party space in Peckham that puts on some good nights. There are also lots of amazing colourful, interesting people (like my friend Clare) who work in and around this space so if you want to explore this part of South London, start here. 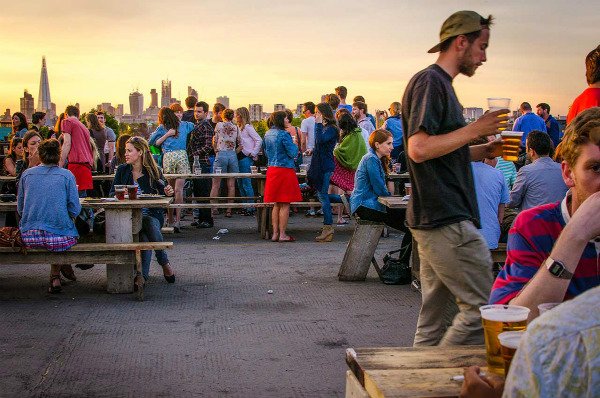 Basically, Frank’s is just a car park whose rooftop becomes a bar in the summer. It opened a couple of years ago and has been hugely popular with the hipsters. Totally worth checking out on a warm evening. 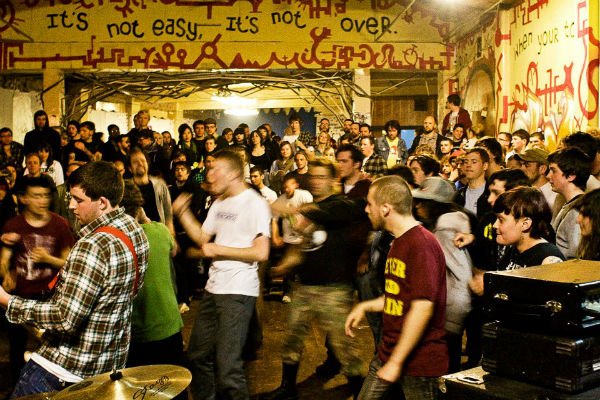 My friend Phoebe told me about this new spot near New Cross, which apparently holds queer events, gigs etc. I can’t wait to check it out! 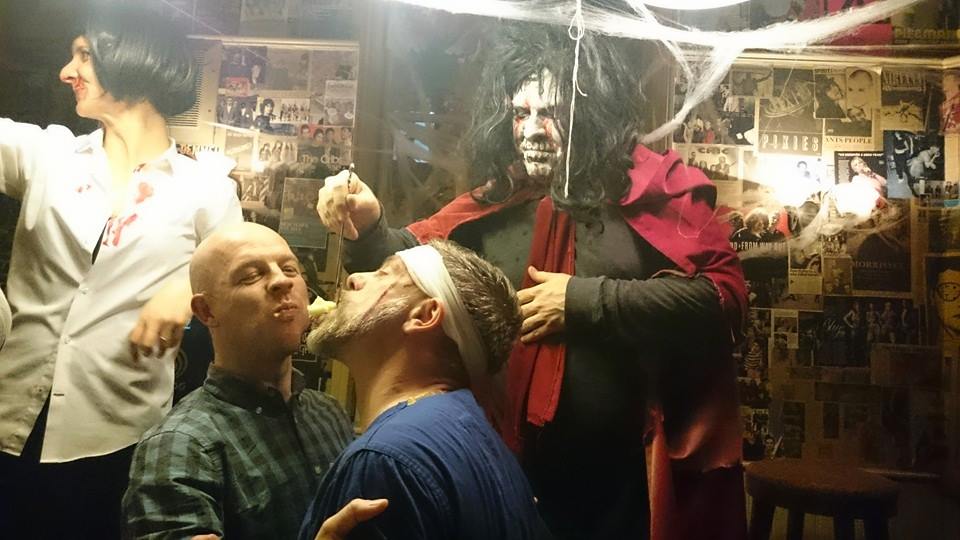 This pub is another recommendation from my friend Alex, who used to live in Vauxhall – plus a few friends like it on Facebook, which is a pretty strong sign that it’s worth a visit. A cosy, local boozer vibe with a pretty standard pub grub menu. They throw a good party, with Eurovision, Halloween and NYE being among their highlights of the year, and regularly do pub quiz and board games nights. Alex says the pub is gay-friendly, is a great place to take a date and occasionally they also do queer life drawing upstairs.

It isn’t a venue that holds regular events but this beautifully preserved, Grade II-listed, ‘transport-you-to-another-era’ building is definitely not to be missed if you get the chance to go there. As my friend Tam says, it’s dope. They occasionally do film screenings here, which is a great way to check out this historical location that’s been used for many music videos including Tina Turner’s Private Dancer and Elton John’s I Guess That’s Why They Call It The Blues. 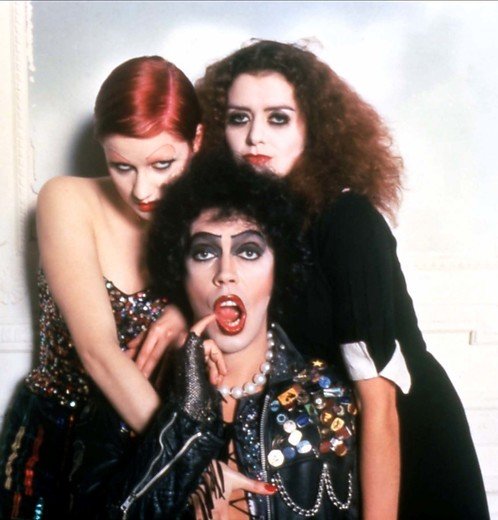 For cinephiles, this lovely museum is a must. According to Alex, it does screenings of important and classic LGBT+ movies.

They recently screened How To Survive A Plague on World AIDS Day and next year will host an audience with Patricia Quinn aka Magenta from The Rocky Horror Picture Show.

Pin this guide for later!